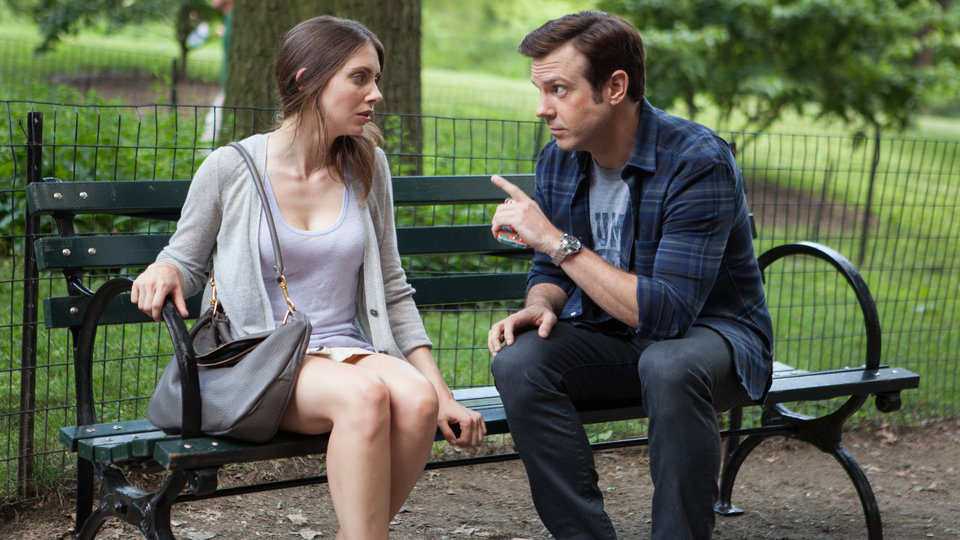 Love is on the cards in Writer/Director Leslye Headland’s vibrant and at times quite truthful account of finding love in modern society. With Jason Sudeikis and the gorgeous Alison Brie at the helm, we have a comedy amiably led by two of the genre’s most underappreciated talents.

Jake (Sudeikis) is a charming womaniser who loves keeping things casual. Lainey (Brie) is wilfully caught up in an adulterous relationship with a married doctor (Adam Scott). Jake and Lainey both lost their virginity to one another at college and after a chance reunion years later, sparks inevitably fly – despite their mutual, stubborn intentions to keep things purely platonic. Their chemistry sizzles onscreen, effortlessly bouncing off one another as a couple who form a friendship despite their burgeoning sexual tension.

Alison Brie has always been the best thing in her movies so it’s puzzling to ponder why she has never made that leap into ‘A’ list already. Adept at comedy, drama and romance, Brie’s the perfect example of an all-rounder whose work on Community frequently showcased her uncanny ability to handle various styles of performing.
Jason Sudeikis on the other hand is finally starting to get the recognition he deserves. A true comedy genius with a personable manner that endears him to every audience, Sudeikis is the perfect lead for Brie. They share a believable chemistry and nothing feels forced here. Perhaps that’s why Sleeping With Other People works well as a rom-com – you are watching talent (usually used sparingly) finally getting the chance to showcase their leading credentials.

Throw in the always reliable Jason Mantzoukas as ‘the best friend’ and Adam Scott playing an easy-to-hate cheater and you have an ensemble that are all trying hard. New York is also a star of the show, with new locations and scenery bringing a different dynamic to this well-loved but well-worn rom-com location. Leslye Headland’s eye for a shot is utilised well here, especially in scenes where Jake and Lainey’s heartfelt dialogue exchanges are played out. The use of technology in modern day romance has also been very accurately portrayed here, showing just how different and difficult it can be looking for love in 2016.

Sleeping With Other People is a pleasant but forgettable tale of sex in the city. It’s the cast that really makes this shine, giving the material a decent level of believability, with the gags mostly all landing where they should. The script tries something different and that should be commended – even if the conclusions may be a tad predictable. The journey is frequently fresh and entertaining and offers something a little different to the norm. Fun and flirty with just the right mix of comedy and romance, Sleeping With Other People is a modern day rom-com that really get’s the vibe of its target audience.

Watch the trailer for Sleeping With Other People below: