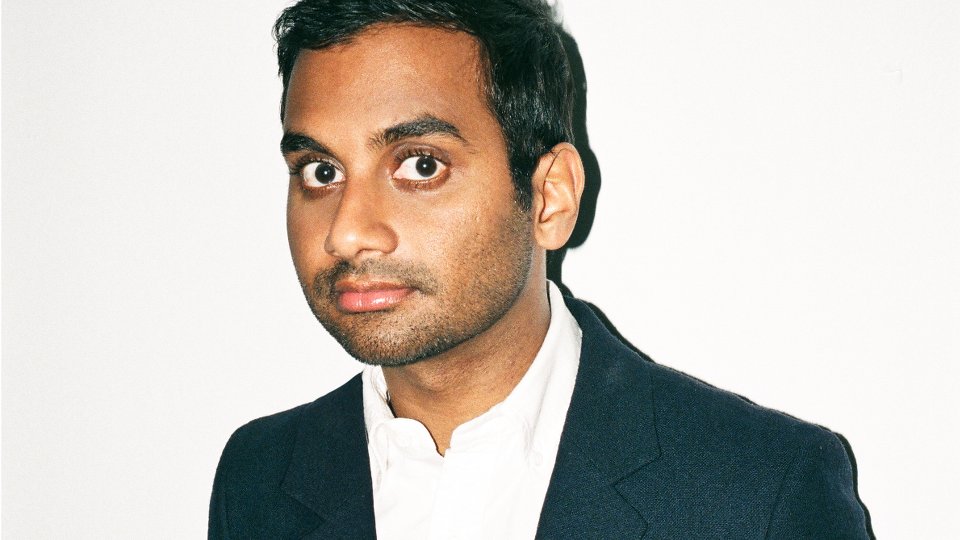 Aziz Ansari is best-known for playing the role of Tom Haverford in much-loved comedy series Parks & Recreation. Shortly before Christmas Ansari released the first season of his latest show Master of None on Netflix, which he created, co-wrote and directed a handful of episodes of. In the summer of 2015 Ansari released his first book and rather go down the comedy book route that many of his contemporaries have, he decided to do something a little bit different. Teaming up with sociologist Eric Klinenberg, Ansari spent years studying and researching love over the ages. The end result is Modern Romance: An Investigation.

Now enjoying a paperback release in the UK, Modern Romance: An Investigation is not at all the kind of book you would expect from Ansari. From the opening pages when he sets out exactly what you’re about to read, it’s clear that he’s had an enjoyable and interesting time writing this book. Modern Romance isn’t really a guide to dating but a look at how advances in technology and changes in society have impacted on the way that we date. The book is full of statistics, fact & figures and quotes from research participants highlighting how romance in the 21st century is nothing at all like it was back in the early part of the 20th century.

Over the course of the book Ansari explores a wide range of areas talking to subjects of all ages but with an emphasis on romance for heterosexual couples. He justifies that to include LGBT couples in his research would have required an even longer period of research and resulted in a much thicker book! Ansari begins his journey talking to people in a retirement home to learn about how their relationships started and quickly realises that what those people experienced was nothing like someone of his generation. Many of the subjects he spoke to share their experience of meeting someone that either lived near-by or was selected by their parents that eventually became their husband or wife.

Modern Romance takes a really in-depth look at romance constantly contrasting what it’s like for someone now, compared to the experiences of the older people Ansari spoke to. Not only does he look at changes in technology, the emergence of smart phones and social media playing a huge part, but also the changes in society that means people aren’t as pressured into getting married at a young age. Ansari discusses a more recent phenomenon known as emerging adulthood, where people actually do as much living as they can during their 20s before starting to settle down in their 30s.

One of the most interesting parts of the book is when Ansari starts to dig into the world of online dating, with a nod back to classified ads and the short-lived video-dating phenomenon. It’s really quite surprising hearing some of the things that Ansari’s subjects revealed to him and it makes you think twice about your approach to using online channels as a dating platform. What’s quite worrying too is that younger generations spend the majority of their life connecting and communicating online meaning that their ability to interact in real-life social situations is on the decline.

All of the research that Ansari and Klinenberg have carried out is interspersed with Ansari’s own dating recollections and stories from his real life. He freely admits to feeling frustrated with the games that people play thanks to technology and there’s a hilarious bit near the start where he admits to obsessing over a text message exchange as the other person decided to play the waiting game. If you’ve seen Master of None, you’ll also recognise many of these anecdotes as they inspired storylines for the show.

Modern Romance: An Investigation is a really fascinating read and one that I found hard to put down. Ansari was clearly committed to doing a thorough job with Klinenberg and that shines through in the book. His research took him outside of North America to Tokyo, Argentina and Paris, and it really is mind-blowing learning how other cultures deal with the rollercoaster ride that is dating in the modern world. Ansari’s humour adds a nice touch to the subject matter and once you’ve read this book it’s likely you’ll never look at dating in the same way again.

Check out How the Dating Landscape Has Changed Over the Years