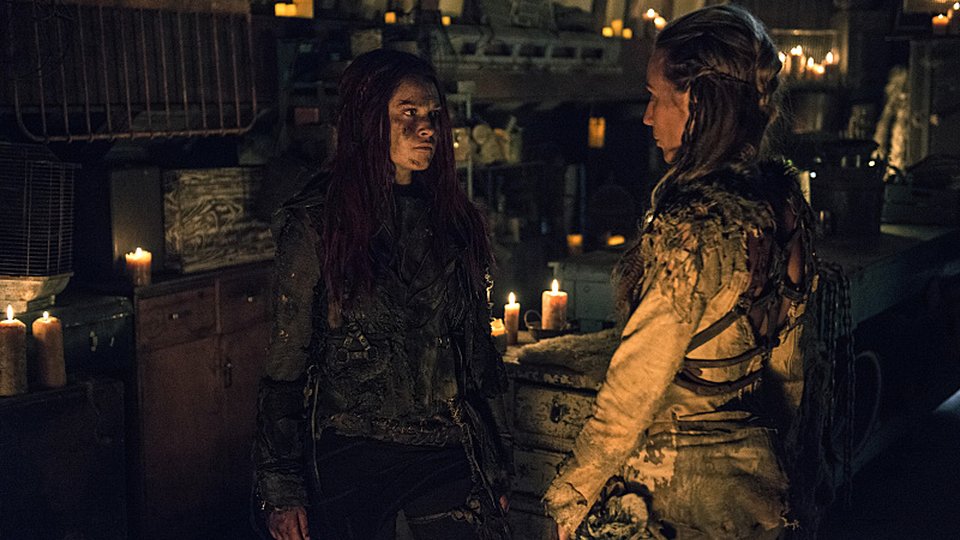 The 100 is back in the UK tomorrow night and a little time has passed since the season 2 finale.

Clarke (Eliza Taylor) decided to leave the camp after killing the people inside Mount Weather, and Cage (Johnny Whitworth) was injected with the Reaper drug by Lincoln (Ricky Whittle), which killed him. Jaha (Isaiah Washington) meanwhile found a mansion surrounded by drones that had a mysterious A.I. inside that greeted him.

The first episode of the new season is Wanheda Part 1. Three months after the tragedy at Mount Weather, the group learn that a bounty has been put on Clarke’s head. Murphy (Richard Harmon) finds the mansion.

UK fans can enjoy the new series just a few weeks after the US and from the look of our preview photos, things really have changed in the three month time jump.

Tune in to E4 at 9pm tomorrow to see the episode. Preview it with our gallery below:

In this article:Eliza Taylor, Richard Harmon, Ricky Whittle, The 100