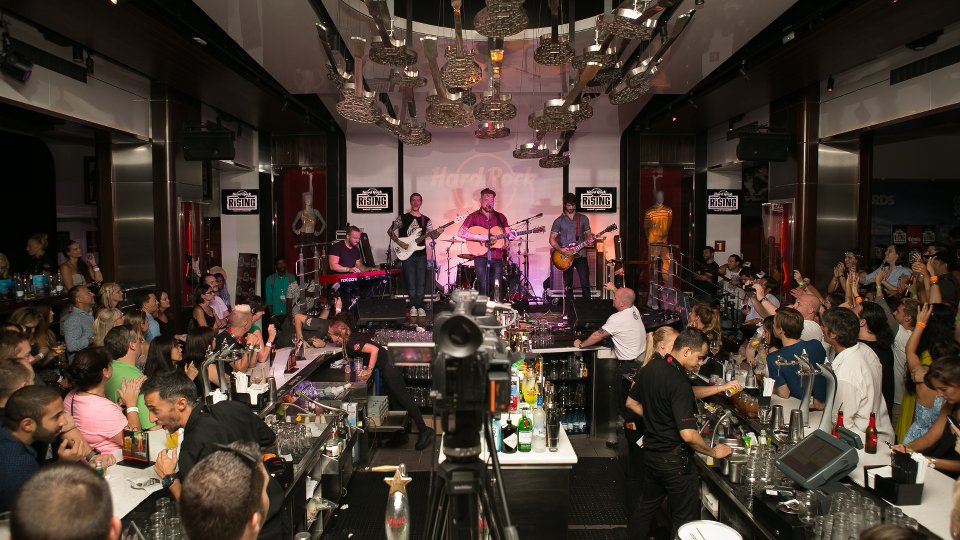 The sixth-annual global music competition will kick off on 1st June 2016 as breakthrough local artists and bands will have the chance to rise to international stardom by performing in the world’s largest, one-day music showcase taking place at participating Hard Rock Cafes around the world. Musicians can register from today until 11th March 2016 at HardRockRising.com.

Once registered acts will receive a unique URL to share so they can encourage fans to vote for them online. The wildcard “winner” will be automatically eligible to participate in the Hard Rock Rising music showcase. Three additional acts for each location will be selected to perform by the local Hard Rock Cafe or Hotel team. One winner will be selected from each location by a panel of local industry judges.

The winning act will get $50,000 USD, a professionally produced music video, a Fender Instruments prize pack and an all-expenses-paid trip to perform at Hard Rock Hotel Ibiza. The act who receives the largest number of online votes will become the wildcard “winner” for their local Hard Rock.

A panel of international music industry professionals will narrow the entrants down to four regional finalists and one global grand prize winner. All will receive a professionally-produced music video that will be added regionally to the Hard Rock video system, a 1,000 count CD/DVD pack of their latest recording and video from Bison Disc, and a Fender Instruments prize pack. The grand prize winner will receive $50,000 USD, have their video added worldwide to the Hard Rock video system and get an all-expenses-paid trip to perform at Hard Rock Hotel Ibiza in September 2016.

Jeff Nolan, Hard Rock International’s resident music guru and Memorabilia Historian said, “Live music has been a cornerstone of Hard Rock’s mission since our beginning in 1971. Hard Rock Rising 2016 is a one-day, global celebration of local artists. We hope to raise awareness for these incredible and too-often overlooked acts, while simultaneously providing exposure that helps them breakthrough to the next level of success.”

For full rules and a list of participating locations visit www.HardRockRising.com.