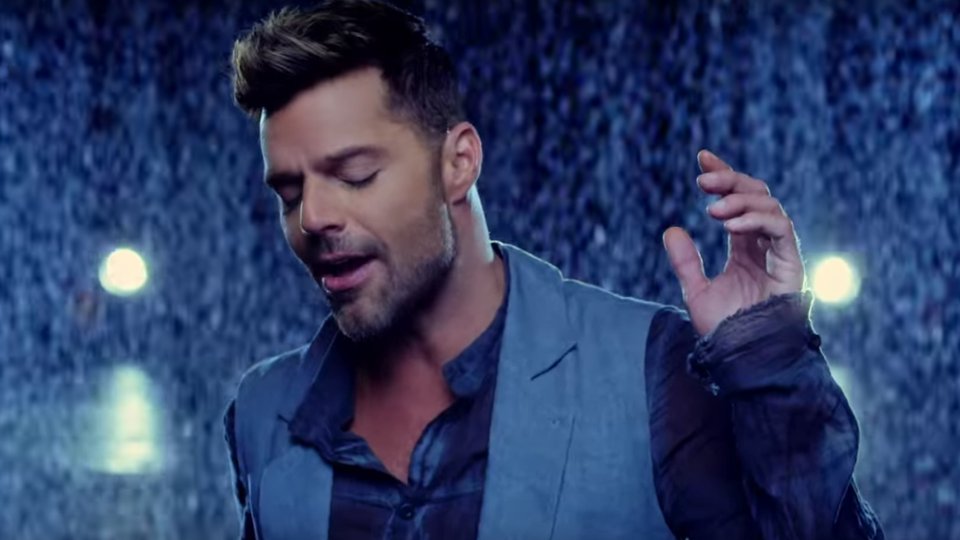 Ricky Martin has debuted the music video for his new single Perdóname after teasing fans with clips earlier in the week.

In the video Ricky is seen singing to camera, getting soaked and hanging from the ceiling with no shirt on. The heartfelt ballad finds Ricky giving one of his best vocals to date as he sings in his native tongue and soars on the powerful chorus.

The fourth single to be lifted off the singer’s latest album A Quien Quiera Escuchar, Perdóname means Forgive Me in English. We’re hoping that this year might see the release of new English-language music from Ricky. His last release was Mr Put It Down featuring Pitbull late last year but it’s been 11 years since the star release and English-language album.

Ricky is currently coming to the end of his North American One World tour and will be heading to South America for the final leg.

Watch the music video for Perdóname below: