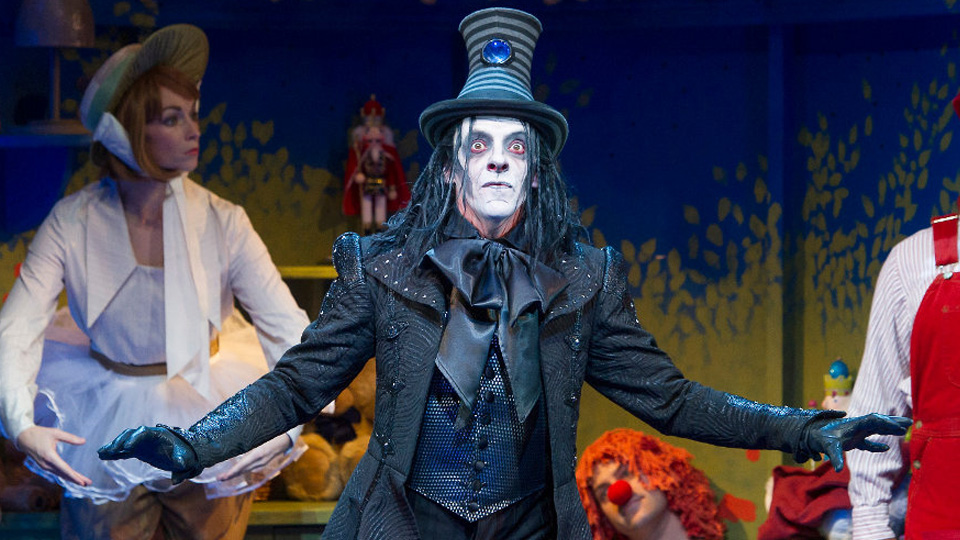 West Yorkshire Playhouse have announced that their biggest ever Christmas show, Chitty Chitty Bang Bang, has taken off on a major tour of the UK and Ireland.

Co-producers West Yorkshire Playhouse and Music & Lyrics are now taking the show to 19 venues on a year-long tour of the UK and Ireland, starting at the Mayflower Theatre, Southampton on February 10th. The touring production sees new cast members Jason Manford, Phill Jupitus, Michelle Collins and Martin Kemp joining the Chitty company in the roles of Caractacus Potts, Baron Bomburst, Baroness Bomburst and the Childcatcher, with further casting to be announced.

Director James Brining said: “Creating a brand new production of Chitty Chitty Bang Bang here in Yorkshire was a huge opportunity and we’re immensely proud to be taking the show out on a year-long tour. We enjoyed fantastic reactions in Leeds so we’re thrilled that thousands more people across the country will get to see our retelling of this iconic story.”

To read the review from Entertainment Focus, click here.

Samuel Paynehttp://samuelpayne.weebly.com
Reviewer of Theatre in the North, including releases of classic film and television.
Previous article
The World Goes ‘Round review
Next article
Deborah Bee’s The Last Thing I Remember release confirmed