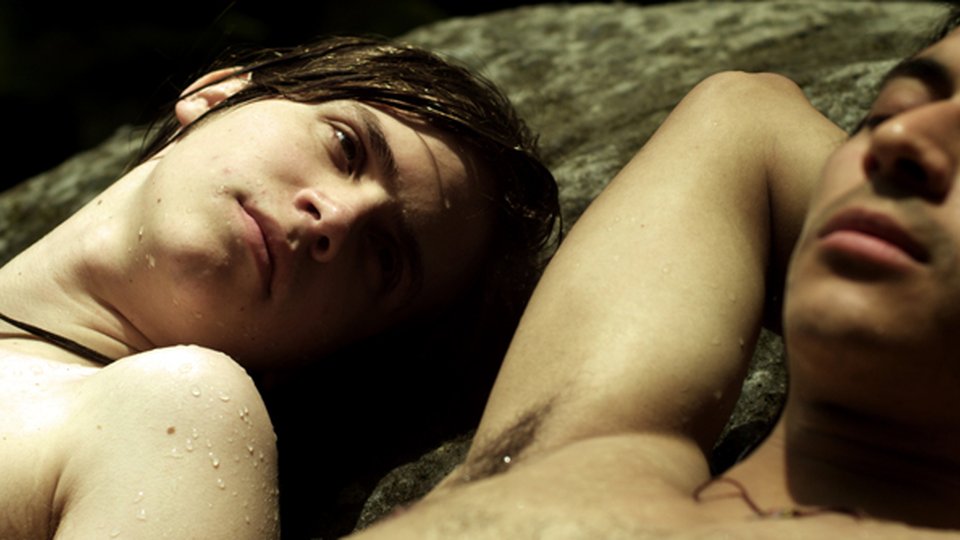 Juampi (Juan Arregui) visits his extended family for a holiday around the turn of the millennium in Ecuador. The rich teenager witnesses a group of people beating up a criminal and dishing out their own justice. Scared by what he sees, Juampi runs away from the scene and he meets Juano (Diego Andres Paredes). The two start to form a friendship with Juampi developing feelings for Juano that he isn’t sure how to process and doesn’t know if they are reciprocated.

Holiday comes from writer/director Diego Araujo and it attempts to pull together a variety of different ideas. At the heart of the movie is the will they/won’t they relationship between Juampi and Juano whilst around them is the turbulent climate of life in Ecuador. They are surrounded by petty criminals trying to make ends meet; a world that is a million miles away from the one Juampi has known in his short life.

The film starts off with an intriguing enough premise but it never really shifts into second gear. Juampi’s feelings for Juano aren’t really explored in any depth and the way their relationship progresses is a bit disappointing. It’s also unsatisfying that the ideas Araujo clearly has are never fully realised over the course of the film. In some respects Holiday is a ‘fish out of water’ story but the character of Juampi never really explores (or understands) the impact of seeing a different side to life.

Performance wise the film is fairly solid. Both Arregui and Paredes turn in decent performance but the material doesn’t really give them enough to sink their teeth into. Their chemistry is barely existent and they don’t seem all that well matched as potential love interests.

Holiday has good intentions but it doesn’t really come together to be anything that remarkable. It’s muddled at times with competing ideas fighting to be seen and heard. It would have been more interesting to turn down some of the noise and focus more on Juampi and Juano. As it stands the film doesn’t do enough to make you root for either of them or particularly care what happens.

Watch the trailer for Holiday below: