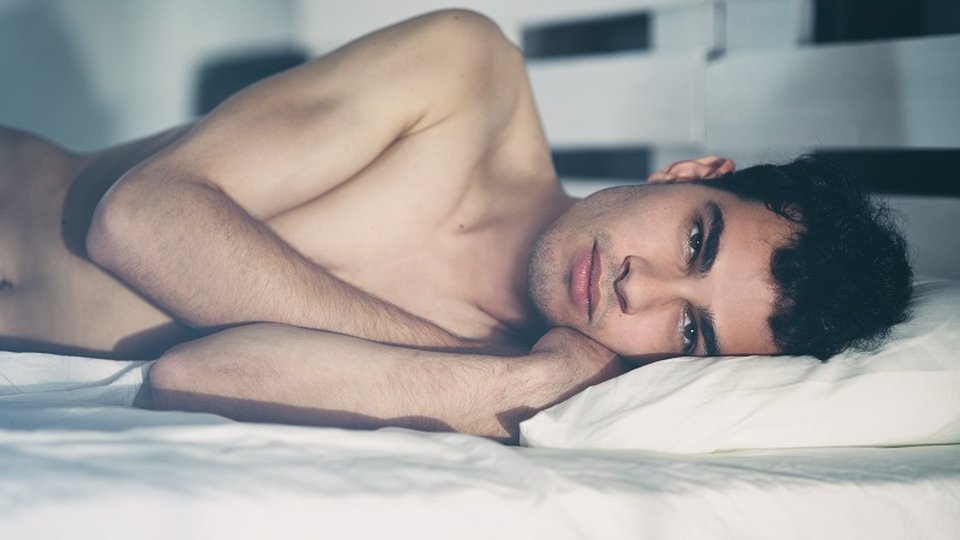 Massimo (Giuseppe Claudio Insalaco) is a free driver who longs to break free of the town he was brought up in, feeling that it has limited his ambition and options. He decides to travel to St Petersburg, Russia for a swimming competition where he meets translator Vladimir (Daniel de Rossi). The two men fall for one another but soon find that being together may not be all that easy thanks to difference of beliefs and the lack of support for gay people in Russia.

Writer/director Roberto Cuzzillo has crafted a rather unusual little film with Water Boys. The film is split between three things; the story of Massimo and Vladimir, footage of post-revolution Russia, and scenes from silent movie Maciste. All three are interspersed throughout the 70-minute run time making for a baffling viewing experience. The constant changes between the three mean that Water Boys lacks cohesion and the bit you’re interested in, Massimo and Vladimir, is given very little screen time. I get that Cuzzillo is trying to set the backdrop and context for his main story but it proves to be distracting rather than adding anything to the proceedings.

The story of Massimo and Vladimir is very understated and hugely under-written. Whilst they exchange philosophical words and enjoy meandering conversation, it doesn’t feel like there’s any real meat to the bones of the story. Cuzzillo is heavy-handed in the film’s second half when he pushes an act of violence on the couple from out of nowhere; it simply just doesn’t fit with the tone or direction of the film.

The performances of Insalaco and de Rossi are adequate. They are given very little to work with so there’s only so much they do with their two dimensional characters. They have little chemistry so it’s hard to really buy into their relationship, which is at the heart of the movie.

Water Boys is somewhere between a romantic drama, a political statement and a history lesson. Unfortunately the three things don’t result in a compelling film and it left me feeling rather cold. It tries to do lots but manages to achieve very little, which is a real shame. We admire Cuzzillo for trying something different but sadly this just doesn’t work.