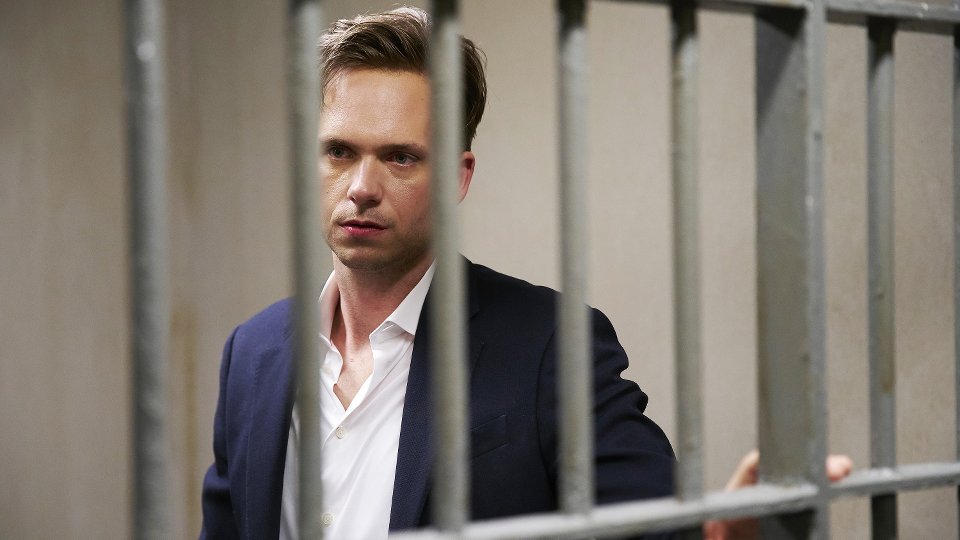 After what feels like a very long wait, Suits is finally back tomorrow for the second half of its fifth season.

The midseason finale ended with Mike (Patrick J. Adams) quitting his job and being arrested as he tried to leave the offices. Who reported him? We have so many theories!!

Prior to that the partners took a vote to decide if Jessica (Gina Torres) as Soloff (John Pyper-Ferguson) tried again to oust her from her position. His ploy failed and the partners all voted in favour of keeping Jessica. Harvey (Gabriel Macht) cut a deal with Forstman (Eric Roberts) to help save Jessica by resigning from the firm.

The next episode of the season is Blowback. Mike is arrested for fraud and is offered a deal if he gives up Harvey. Rachel (Meghan Markle) is in a tough spot after her father finds out. Harvey is forced to represent Mike but keep up appearances that he has resigned to appease Charles Forstman.

Tune in to Dave at 10pm tomorrow to see the episode. Preview it with our gallery below: