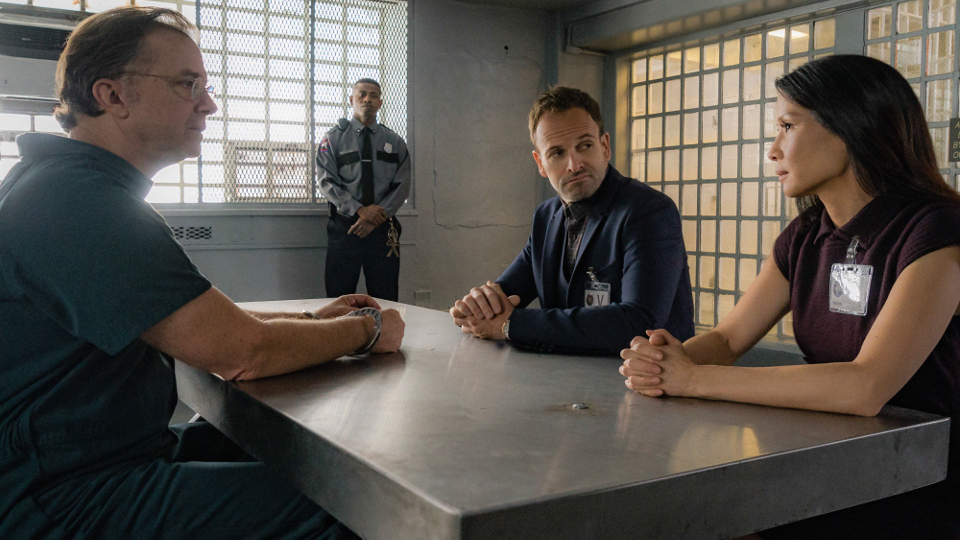 The seventh episode of season four saw Holmes (Jonny Lee Miller) and Watson (Lucy Liu) investigate a retired FBI agent’s murder. The poor chaps remains were found after they had passed through a wood chipper. They discovered the man’s death was connected to an unsolved case from the victim’s career.

Further investigation led them to a family whose daughter was kidnapped but eventually escaped. The pair realised that the girl isn’t actually the one who went missing but an impostor who is trying to con the family for money.

Elsewhere in the episode a crime novel is brought to Watson’s attention by Captain Gregson (Aidan Quinn). The book appeared to based on the work and lives of Holmes and Watson but with some added extras to make things more exciting. Watson worked out that it was written by her Stepfather (John Heard) and she confronted him about it. The encounter eventually helped them resolve some past issues and brought them closer together again.

The next episode of season four is A Burden of Blood. Holmes and Watson investigate a homicide in which the victim was murdered in a manner reminiscent of the crimes of an infamous, and already incarcerated, serial killer. Also, Sherlock and Joan tutor Detective Bell for a police sergeant’s exam that would lead to a promotion and a post at another precinct.

Tune into Sky Living at 10pm on Thursday to watch the episode. Preview episode 8 with our gallery below: