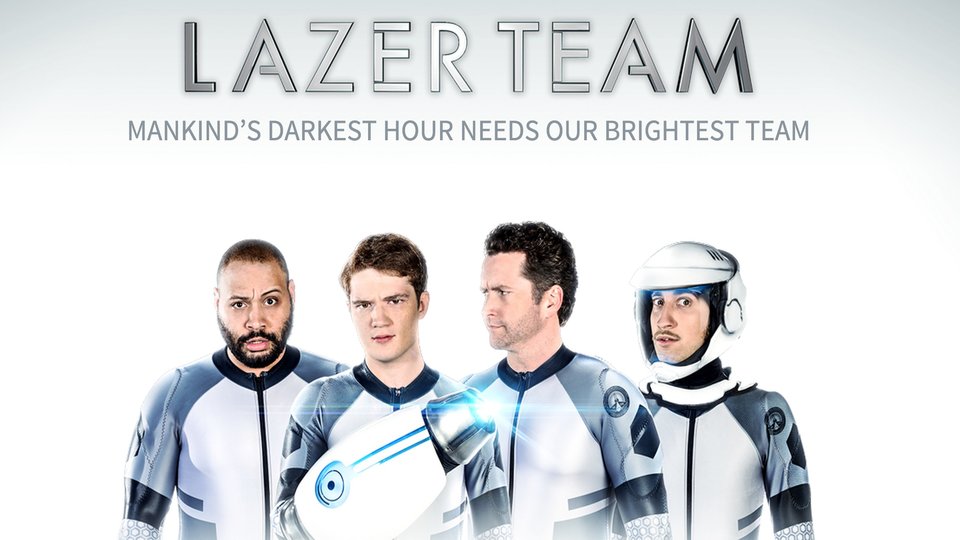 Sci-fi action comedy Lazer Team, cited as the next potential cult classic, is coming to Showcase Cinemas on 27th January.

The production company behind the film, Rooster Teeth, is the creator of the longest-running web series, Red vs Blue and has over eight million worldwide subscribers on YouTube. Known for focusing on short videos, such as the hugely popular Slow Mo Guys, Lazer Team is the studio’s first feature length film. In 2014, the film smashed all records and became the most funded film campaign on crowd funding site Indiegogo, raising approximately £1.7million ($2.6m).

In the film, four small-town losers stumble across an alien crash site, which results in each of them wearing a piece of a battle suit, genetically bound to their bodies. They must work together to save humanity using the strange alien device, train for a battle against an omnipresent enemy, and not kill each other in the process. They may not be strong, smart, or talented… but they’re Lazer Team.

James Dobbin, Director of Event Cinema at Showcase cinema, says “Ticket pre-sales for Lazer Team have already exceeded expectations, with Rooster Teeth’s strong fan base jumping at the chance to see the film on the big screen. We’re looking forward to bringing the studio’s first full length film to its fans and introducing its great work to our customers at Showcase Cinemas on our state of the art screens.”

The film will be screened across Showcase Cinemas nationwide on 27th January at 7pm. For full listings and tickets visit www.showcasecinemas.co.uk

In this article:Lazer Team, Showcase Cinemas