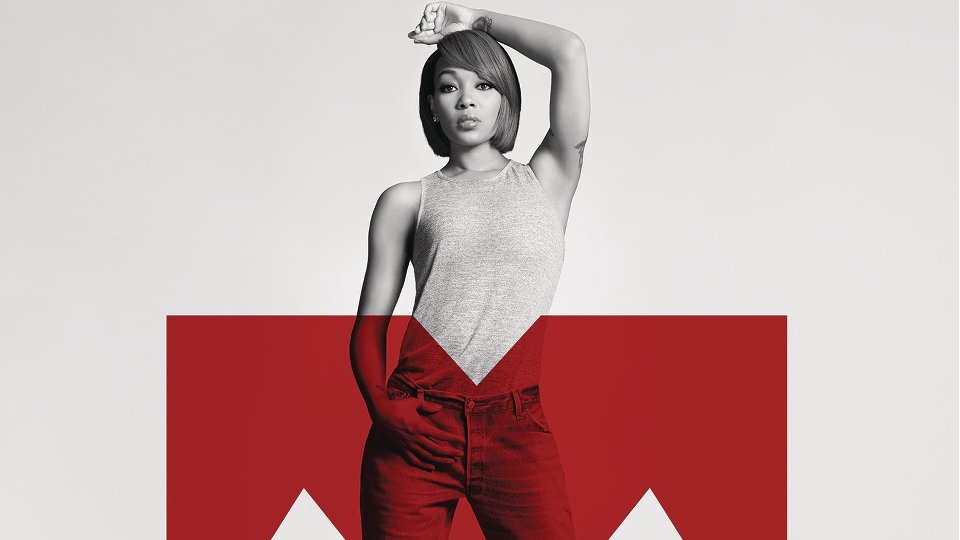 R&B star Monica celebrates her 21st year in the music industry this year and the anniversary of her debut album Miss Thang. That album established her as a force to be reckoned with and remains her second highest-selling album to date. In 1998 she followed it up with The Boy is Mine, the biggest album of her career, and since then her success has been a bit of a rollercoaster. 2003’s After the Storm is her only album since The Boy is Mine to be certified platinum and despite a bit of a revival in 2010 with Still Standing, Monica has struggled in recent years to achieve the commercial success she deserves. 2012’s New Life charted high but failed to sell, despite a much-hyped new collaboration with Brandy. Just before Christmas Monica sneaked out her new album Code Red.

For Code Red Monica attempts to marry her classic R&B sound with contemporary beats. Lead single Just Right For Me featuring Lil’ Wayne gives you a good feeling of the direction of the album with Monica’s soulful vocal driving the old-school melody. The album opens with the title track, which features Missy Elliott and Monica’s daughter Laiyah. Surprisingly it’s one of the weakest cuts on the album and a bit of a mess in terms of what it’s trying to achieve sonically.

The juxtaposition of Code Red to Just Right For Me is one of the issues across the album. It feels as if Monica and producer Polow de Don don’t really know what direction to take. When Monica gets it right the result is stunning such as the throwback vibe of Love Just Ain’t Enough featuring Timbaland. Monica’s voice is given room to breathe and she has the kind of distinctive tone that separates her from every other female R&B artist.

Elsewhere on the record Monica soars on the slow jam Call My Name, perfectly marries contemporary beats with her signature sound on standout Alone in Your Heart, and gives one of her best vocals on the record on the sensual Saints & Sinners. The acoustic-led I Miss Music sees the singer contemplating the state of the modern music industry in a rare introspective moment on the record.

The album highlight comes on the stunningly simple I Know. The stripped-back production allows Monica’s voice to shine and it reminds you of why you fell in love with her all those years ago. She doesn’t need to be hidden behind production and beats, she shines her brightest when her voice does the talking. I Know is a beautiful love song and it’s a direction she should consider for her next record.

Code Red isn’t Monica’s best record but there are enough highlights to make it worthy to be added to your collection. The album feels like the work of someone struggling to find their place in the modern music industry and that’s a real shame, especially for an artist with a voice as powerful and distinctive as Monica. If Monica worries less about fitting into the charts and concentrates on what she truly excels at, she can have another big album with her next release.

Watch Monica’s music video for Just Right For Me featuring Lil’ Wayne below:

Advertisement. Scroll to continue reading.
In this article:Monica