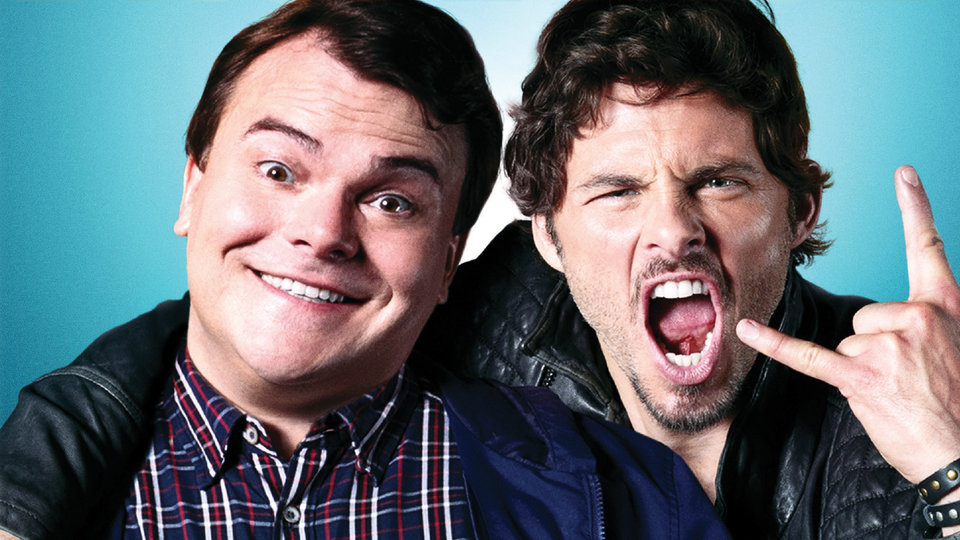 Comedy fans everywhere are invited to attend the most outrageously funny high school reunion of the year when Bad Bromance arrives on Digital HD January 11 and DVD January 18.

Willing to do anything – including engaging in a night of hilariously debauched partying that must be seen to be believed – Dan soon discovers he may have gone too far in the name of high school popularity.

Dan Landsman (Jack Black) is the overly enthusiastic head of his high school reunion committee and also the group’s laughingstock. To impress his so-called friends, he vows to convince their most famous former classmate—Oliver Lawless (James Marsden), the star of a national Banana Boat TV commercial—to attend the reunion to increase attendance. Dan travels to Los Angeles and spins a web of lies, igniting an intoxicating excitement for the first time in his humdrum life. In exchange for Oliver’s precarious friendship, Dan sacrifices his relationships with his wife, son, and boss, and loses himself in his obsession for approval and recognition.

To be in with a chance of winning one of 3 Bad Bromance DVDs, just answer the question below correctly.