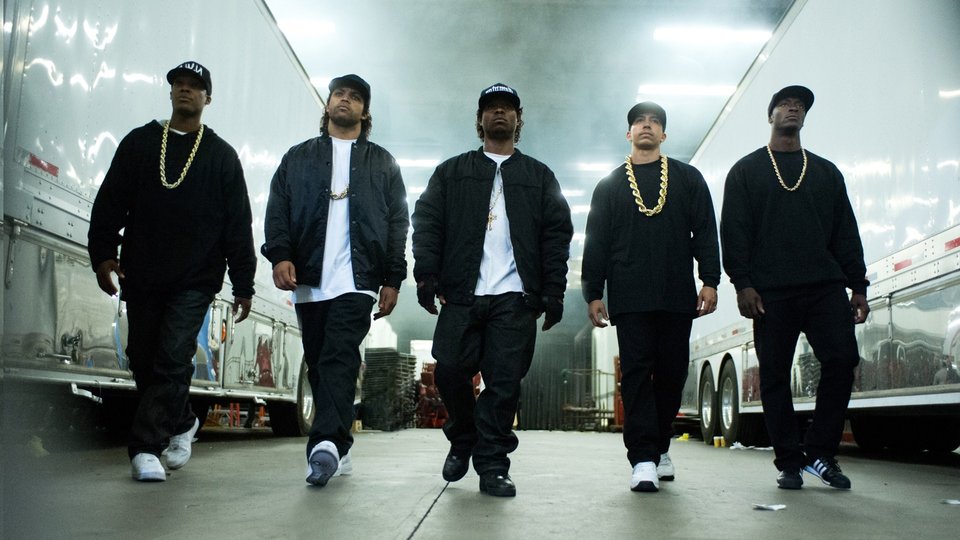 The explosively entertaining biopic Straight Outta Compton Director’s Cut is coming to Digital HD on December 28, 2015 and Blu-ray™, DVD and On Demand January 11, 2016 from Universal Pictures Home Entertainment. The Blu-ray™, DVD and Digital HD versions include the exclusive Director’s Cut that gives fans more of the N.W.A. story with over 26 additional minutes of the film.

Follow “the world’s most dangerous group”, N.W.A. as they forge their anger and inner-city frustrations into the most potent weapon imaginable: their music. In Straight Outta Compton: Director’s Cut fans can follow N.W.A.’s electrifying lyrics and unique sound, which introduced a truth that no one had heard before and exposed life in the hood igniting a social revolution that still reverberates today.

The culturally relevant and explosively entertaining biopic is coming to Blu-ray™, DVD and On Demand January 11, 2016 from Universal Pictures Home Entertainment. The Blu-ray™, DVD and Digital HD versions include the exclusive Director’s Cut that gives fans more of the N.W.A. story with over 26 additional minutes of the film.

Directed by F. Gary Gray (The Italian Job, Friday), Straight Outta Compton tells the true story of five young rebels from South Central Los Angeles who, armed with only their lyrics, swagger, bravado and raw talent, stood up to the authorities attempting to keep them down.

Straight Outta Compton held the No.1 spot at the UK box office for 2 weeks and has generated over $200 million worldwide to date.

As the essential companion piece to the home entertainment release, Universal Music Enterprises (Ume / UMGI) will release Straight Outta Compton: The Soundtrack. This new collection is the official soundtrack featuring key cuts from the film including “Quiet On Tha Set,” “Gangsta Gangsta,” “Express Yourself” and the explosive title track. In addition, Straight Outta Compton: Original Motion Picture Score will be released separately featuring music composed and conducted by Joseph Trapanese, and produced by Bryan Lawson and Joseph Trapanese. Both collections will release worldwide on all digital and CD formats on January 8, 2016, with Straight Outta Compton: The Soundtrack also being pressed as a 2-LP vinyl set.

To be in with a chance of winning one of 3 Straight Outta Compton Blu-ray’s along with a merchandise pack, just answer the question below correctly.

In this article:Competition, Straight Outta Compton