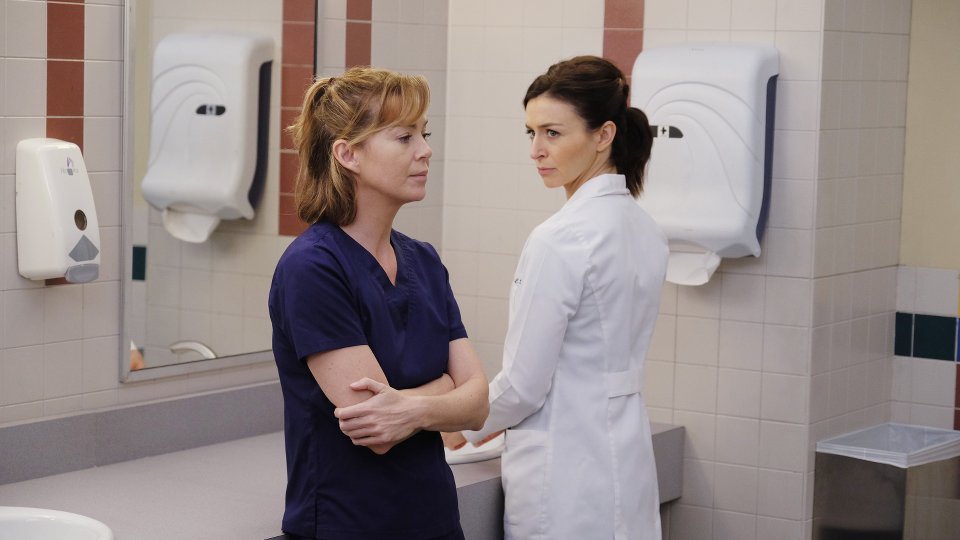 Grey’s Anatomy served up one heck of an awkward episode this week when Meredith (Ellen Pompeo) hosted the dinner party from hell.

Callie (Sara Ramirez) brought her girlfriend Penny (Samantha Sloyan) unaware that her new lover was in part responsible for the death of Derek (Patrick Dempsey). Meredith tried to avoid Penny at the dinner party while Penny tried to find reasons to leave. Things went from bad to worse when Amelia (Caterina Scorsone) became friendly with Penny unaware of who she was.

After Callie was called to the hospital, the truth came out as Meredith told everyone exactly who Penny was. On Callie’s return she learned the truth about Penny too and was left shocked at the revelation. Tensions rose even higher when it was revealed that Penny was a new resident at Grey Sloan causing Meredith and Amelia to clash.

Meanwhile Maggie (Kelly McCreary) had to deal with a personal issue that resulted in her upsetting DeLuca (Giacomo Gianniotti).

The next episode of the season is The Me Nobody Knows. Meredith finds herself under criticism from her colleagues when she is unable to treat the new resident impartially.

[raw]Tune in to Sky Living HD at 10pm on Wednesday to see the episode. Preview it with our gallery below:[/raw]