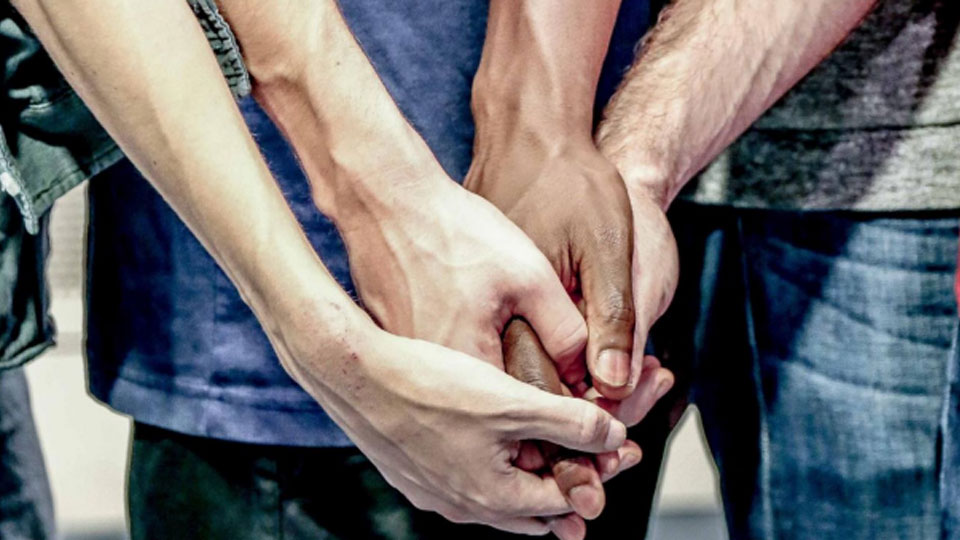 Following a highly-acclaimed 2015 programme which included the much-lauded And Then Come The Nightjars and Jon Britain’s Rotterdam, Theatre503’s spring season introduces four diverse new plays including work from 503 veteran Stuart Slade. With this new season, Theatre503 continues to stage ground-breaking plays from the most talented emerging writers.

Four Play (16th February – 12th March)
Four Play is a new comic play about sex and commitment in the 21st Century from Jake Brunger, the playwright behind Adrian Mole the Musical. After seven and a half blissfully happy years, Rafe and Pete’s lack of sexual experiences is driving them apart. When they proposition mutual friend Michael to help out, what seems like a simple solution quickly spirals out of control.

BU21 (15th March– 9th April)
BU21 follows six young people in the aftermath of a terrorist attack in the heart of London. In turn terrifying, inspiring, brutal, heartbreaking and hilarious, BU21 uses verbatim theatre to look at what could occur in the very near future. Writer Stuart Slade’s first play, Cans was performed at Theatre503 in 2014 when it was nominated for two Offies.

We Wait in Joyful Hope (17th May – 11th June)
We Wait In Joyful Hope is a funny and touching exploration of religion and capitalism in contemporary America. In an oversized Bob Marley T-shirt, Sister Bernie McLaren smokes pot, befriends gangs and passes out condoms to local prostitutes. When the women’s shelter she runs comes under threat, Bernie vows to fight back…

For more information about Theatre503 and to book to see the plays, visit: www.theatre503.com.