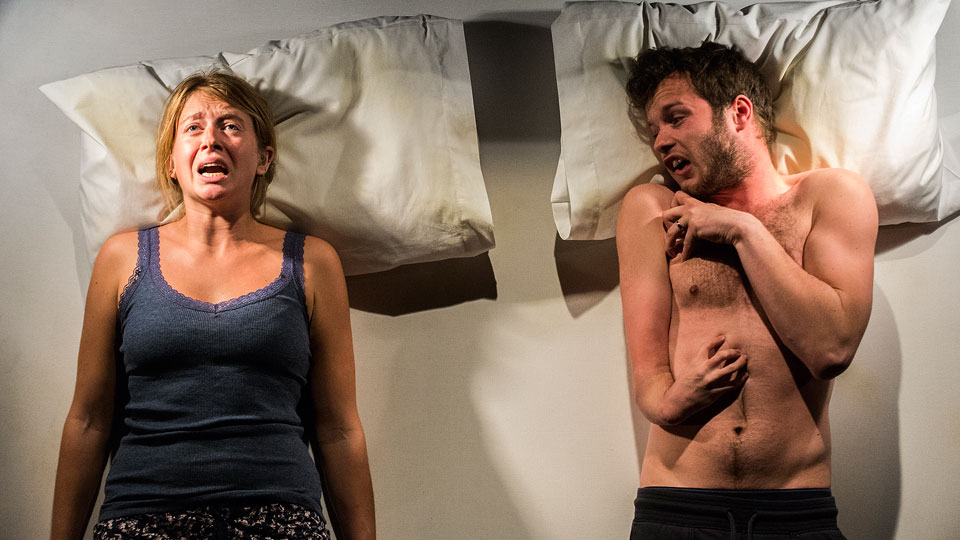 Following rave reviews at the 2015 Edinburgh Festival Fringe, Graeae Theatre Company and Theatre Royal Plymouth are delighted to announce that their production of The Solid Life of Sugar Water by Jack Thorne will be embarking on a seven-venue national tour from 20th January 2016.

Jack Thorne is an award-winning writer for stage, television and film. He recently adapted the cult novel and film Let the Right One In for the stage, which played to sell-out audiences at the Royal Court, in London’s West End and in New York. He is also the writer of Harry Potter and the Cursed Child, opening in the West End in summer 2016. He previously collaborated with Graeae on co-writing the radio adaptation of Hunchback. For television, his credits include Glue, Skins, Shameless, This is England and the recent BBC Three drama Don’t Take My Baby.

For Graeae, Amit Sharma co-directed the outdoor spectacle Prometheus Awakes in 2012 and directed Ted Hughes’ The Iron Man, which toured nationally and internationally.

Arthur Hughes as Phil and Genevieve Barr as Alice will reprise the roles they created for the run at the Edinburgh Festival Fringe. Arthur Hughes has acted in several productions for the Richard Burton Company and was a member of the BBC Radio Drama Company in 2013, receiving the Carleton Hobbs Award. Genevieve Barr is best known for BBC One prime-time drama The Silence, for which she received BAFTA and International Emmy nominations for Best Actress. Additionally, she has appeared in Channel 4’s Shameless, also written by Jack Thorne.

The Solid Life of Sugar Water will include a creative combination of captioning and audio description at all performances.

See www.graeae.org for tour details and to book.