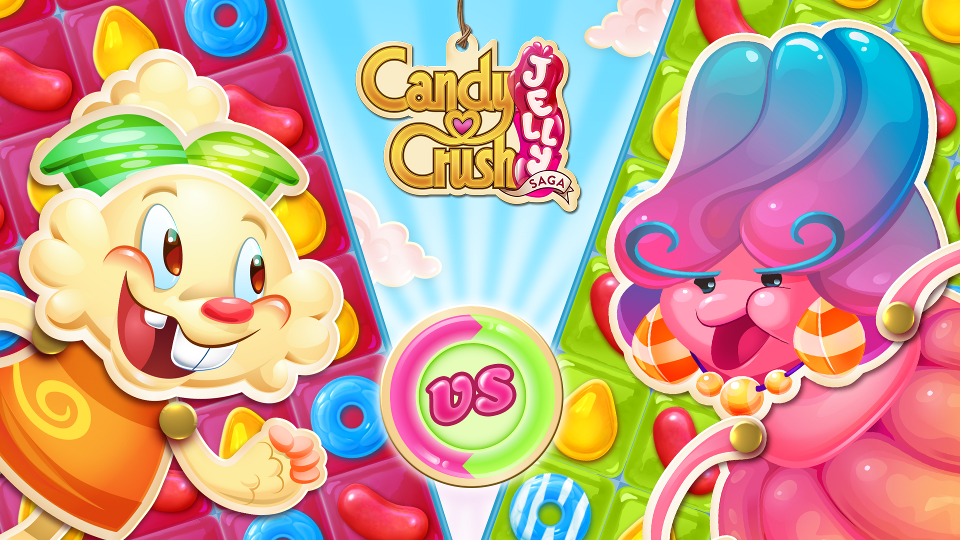 The new sister title introduces players to a new jelly-filled world within the Candy Kingdom where they will experience tasty new challenges and game modes. These include competitive ‘boss modes’ new to Candy Crush where switching and matching become more strategic as players show off their moves to beat an in-game opponent.

Candy Crush Jelly Saga sets players off amongst the clouds and tree-top wilderness of the Candy Kingdom where a young, adventurous yeti girl named Jenny embarks on a journey to visit her Uncle Yeti in the Candy Kingdom. Along the way players will meet a new group of Candy Crush friends who need help defeating the naughty Jelly Queen to solve their treetop troubles.

Candy Crush Jelly Saga adds an additional layer of creative and strategic thinking to the Candy World, with new features including “Jelly” and “Boss” gameplay modes. In “Jelly Mode,” players must match candies and jelly in order to make it spread and win the level. As players perfect their moves throughout the journey, the Jelly Queen and her minions will test those moves in “Boss Mode” along the way. While in competitive play against the Jelly Queen, players will take turns against her and whoever spreads the most jelly by matching candies will win the level.

Candy Crush lovers can jiggle and wiggle their way through the 120 levels that are now available and delight in a Jelly world that includes a new scrolling game map, new characters, new candy designs and a new Colour Bomb booster.