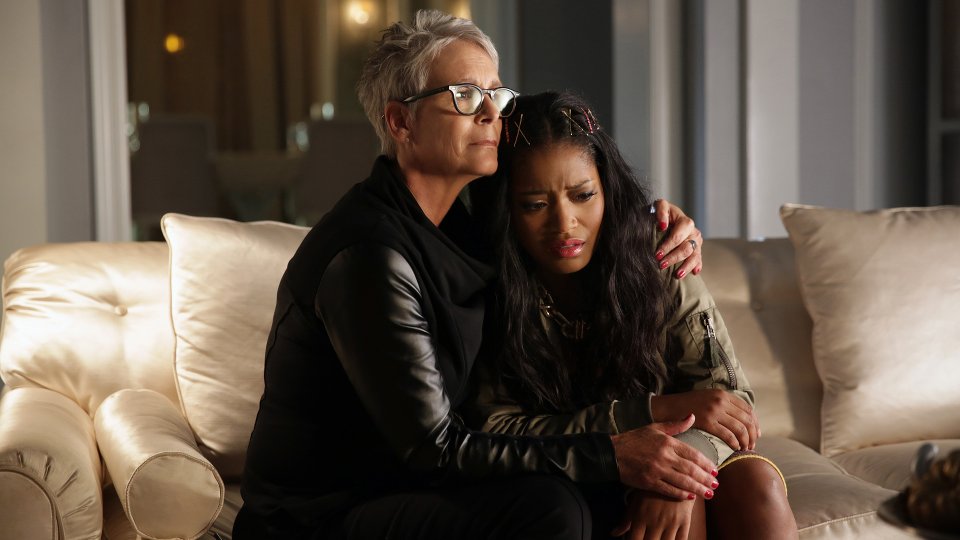 Hester (Lea Michele) survived her nasty fall down the stairs and got her revenge on Chanel (Emma Roberts) on the latest episode of Scream Queens.

After Chanel told Chad (Glen Powell) that she’d murdered her rival, she was surprised to find Hester’s body gone. Hester didn’t stay missing for long though when she turned up at Chad’s family home for Thanksgiving.

Elsewhere in the episode Gigi’s (Nasim Pedrad) head was served on a platter during the Thanksgiving dinner at KKT, Dean Munsch (Jamie Lee Curtis) suggested that all of the sisters share their Red Devil theories, and Wes (Oliver Hudson) was revealed to be Boone’s (Nick Jonas) biological father.

The next episode of the season is Black Friday. The Red Devil has plans to end the Chanels’ shopping spree. The Kappas conclude Dean Munsch is the killer and set a plan in motion to stop her.