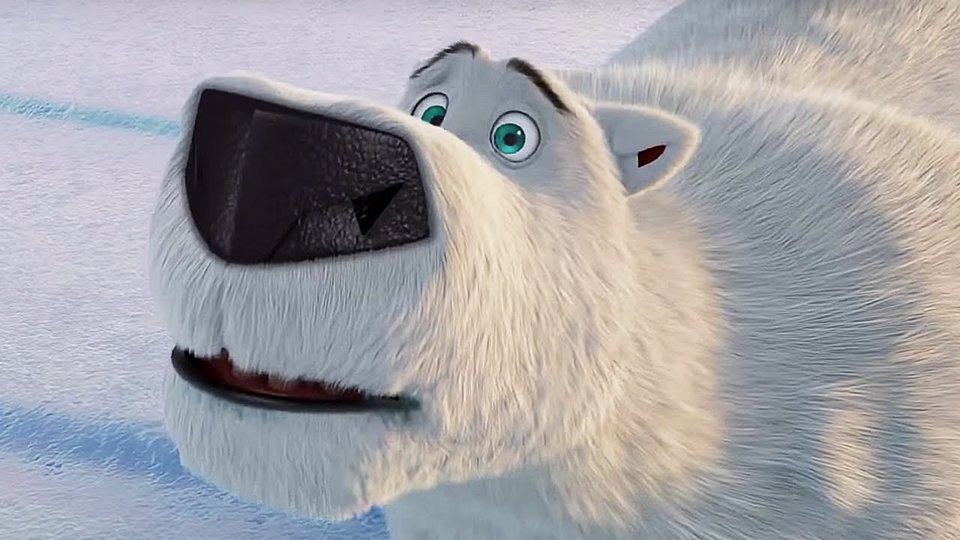 Norm of the North will be Arctic shaking his way into cinemas on 18th March, 2016. A brand new trailer has just been released for the family film.

Audiences will fall in love with Norm, a special polar bear with the rare gift of being able to talk with humans. Along with his trusty lemming sidekicks Norm takes a thrilling and hilarious journey to New York on a quest to save his beloved homeland from property developers.

Featuring a fantastic line up of stellar A-list voice talent and a host of unseen Arctic characters, Norm promises to become an instant favourite with families across the country.

In addition to our loveable hero, Britain’s favourite comedian and finest export, James Corden, whips up a (snow) storm as the voice of thespian ‘polar bear impersonator’, Laurence.

Directed by Trevor Wall, the furry adventure also features the voices of Rob Schneider as Norm; Heather Graham as high-flying marketing exec with a conscience, Vera; Bill Nighy as wise bird, Socrates; and Colm Meaney as ‘King of the Arctic’, Grandfather.

Norm of the North has been created and produced by Splash Entertainment (Bratz, Horrible Histories and He-Man Masters of the Universe).

The official synopsis reads:
A polar bear of many words, Norm’s greatest gripe is simple: there is no room for tourists in the Arctic. But when a maniacal developer threatens to build luxury condos in his own backyard, Norm does what all normal polar bears would do…he heads to New York City to stop it. With a cast of ragtag lemmings at his side, Norm takes on the big apple, big business and a big identity crisis to save the day.

Check out the new trailer below!