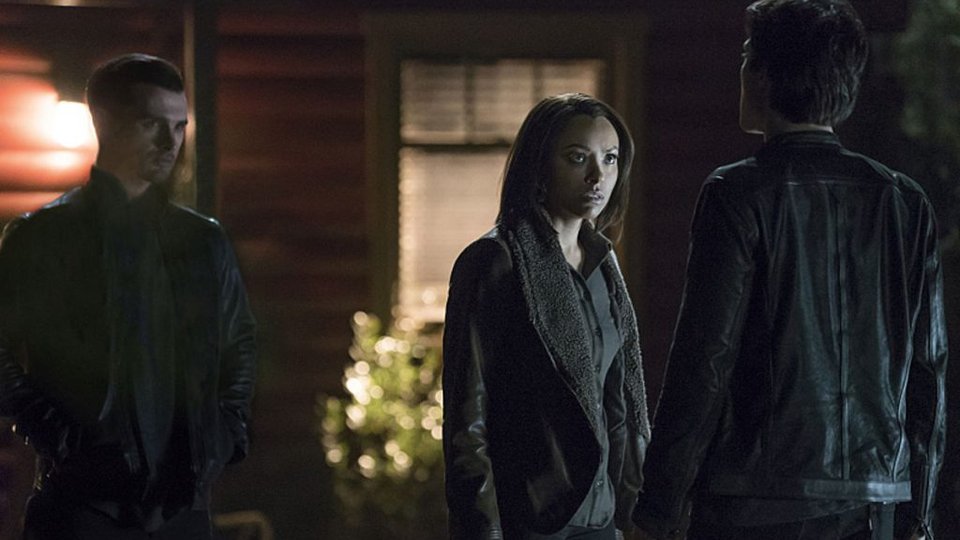 Bonnie’s (Kat Graham) condition worsened on the latest episode of The Vampire Diaries as Damon (Ian Somerhalder) and Enzo (Michael Malarkey) tried to work out a deal with Rayna (Leslie-Anne Huff).

The frenemies tried to convince Rayna to let them trade her last life for Bonnie if they killed all of the vampires on her murder list. As Damon and Enzo got close to completing their end of the deal, Rayna added hundreds more names making their task impossible.

Elsewhere in the episode Bonnie and Enzo’s road to romance was revealed and neither of them wanted anything to do with Damon. Stefan (Paul Wesley) went to Dallas to try and make amends with Caroline (Candice King) and Alaric (Matt Davis) but he didn’t get a very warm welcome.

The next episode of the season is Kill ‘Em All. With Bonnie’s life at stake and an uphill battle ahead of them, Damon and Enzo lead the charge to save her before her condition worsens.

In this article:Leslie-Anne Huff, The Vampire Diaries