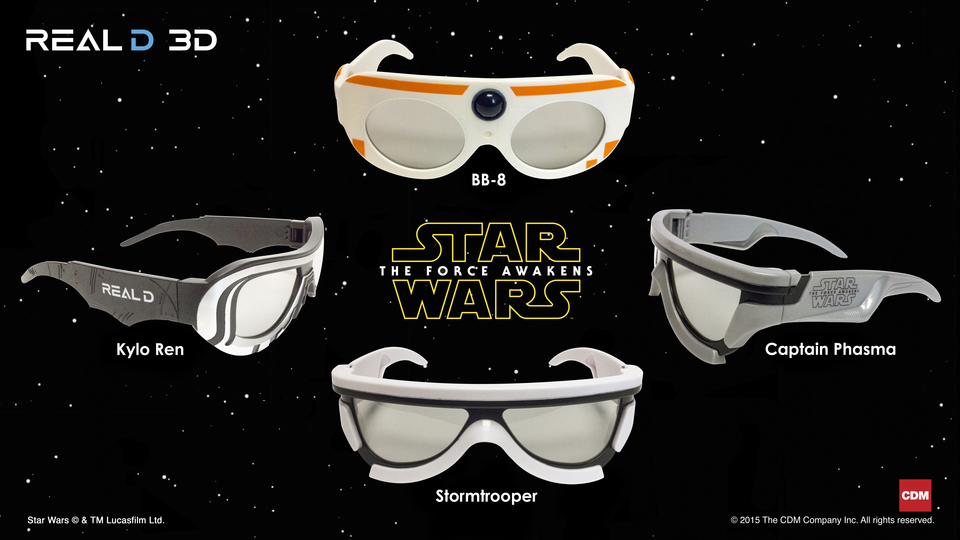 Star Wars: The Force Awakens is out December 17, 2015, and the next eagerly anticipated instalment of the Star Wars franchise promises a heart-stopping return to the Galaxy. So, what better way to enjoy such an action-packed film than in immersive 3D!

We return to George Lucas’ beloved universe three decades on to find it dramatically changed, and a new enemy has risen from the Empire’s ashes. Fresh faces Rey, Finn and Poe Dameron must unite with old warriors Luke, Han and Leia. The Dark Side has awoken. But so has the Light.

The film stars the much loved Mark Hamill, Harrison Ford and Carrie Fisher as just some of the returning members of the original cast, along with newbies Adam Driver, Oscar Isaac, John Boyega and Daisy Ridley.

To celebrate the release, our friends at RealD 3D are giving you the chance to win a set of amazing Star Wars: The Force Awakens RealD 3D Glasses! Four lucky winners will each take away a complete set of these amazing and limited edition glasses. The designs feature characters within the film including BB-8, Kylo Ren, Captain Phasma and the intimidating Stormtrooper!

To be in with a chance of winning one of 4 complete sets of these ultra-rare, ultra-cool Star Wars: The Force Awakens RealD 3D Glasses, just answer the question below correctly.