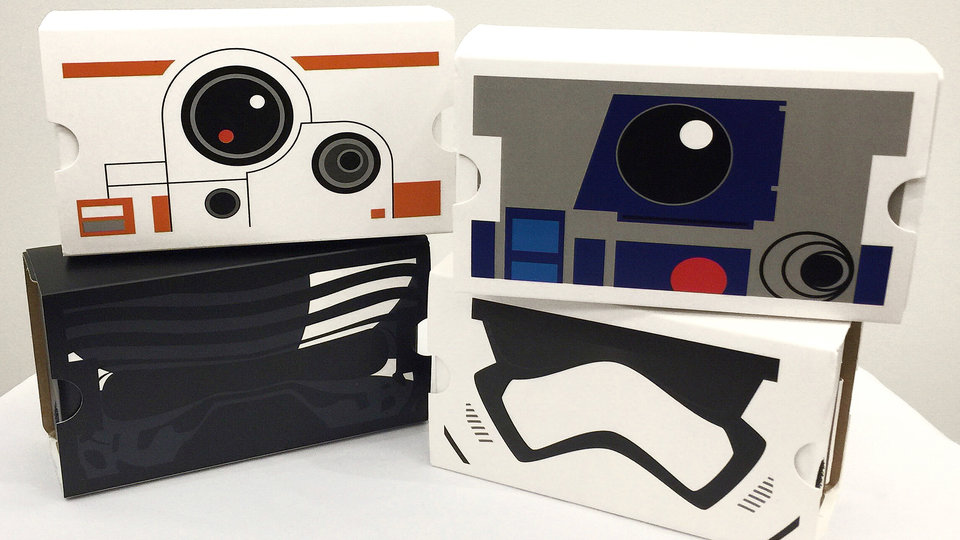 Disney, RealD and Odeon have teamed up to create an exclusive Google Cardboard Virtual Reality (VR) experience that utilizes characters and environments that are associated with Star Wars: The Force Awakens.

This first-of-its-kind Google Cardboard Virtual Reality (VR) experience combines a compelling story and exclusive, never-seen-before content, which ties directly into the opening of Star Wars: The Force Awakens, with the very latest cutting-edge Virtual Reality technology. It include characters and environments that are associated with Star Wars: The Force Awakens, specifically, the planet of Jakku and the character BB-8.

Those lucky enough to get their hands on their very own Google Cardboard will, through the VR experience, receive a series of nine messages – each important itself, but pieced together will reveal something very exclusive that ties into the film.

The story starts with you (the User) on the planet Jakku. Through interacting with BB-8, the course of your missions are provided with information about the potential allies and enemies in the galaxy who may be in the growing conflict between the Resistance and First Order and are featured in Star Wars: The Force Awakens.

Each message will feature a dynamic animation along with a holographic text message. As a bonus, the User will also receive nine stunning high-resolution digital collectible trading cards that can be shared via social networks.

The experience is designed to be multi-platform and can easily be translated into any language. It combines a compelling story that ties directly into the opening of Star Wars: The Force Awakens with the very latest cutting edge VR technology.

The Google Cardboard Virtual Reality experience launches via the official Star Wars app and is available on both Android and iOS devices.

To be in with a chance of winning one of 2 complete sets of these ultra-rare, ultra-cool Star Wars: The Force Awakens Google Cardboard Virtual Reality experiences, just answer the question below correctly.