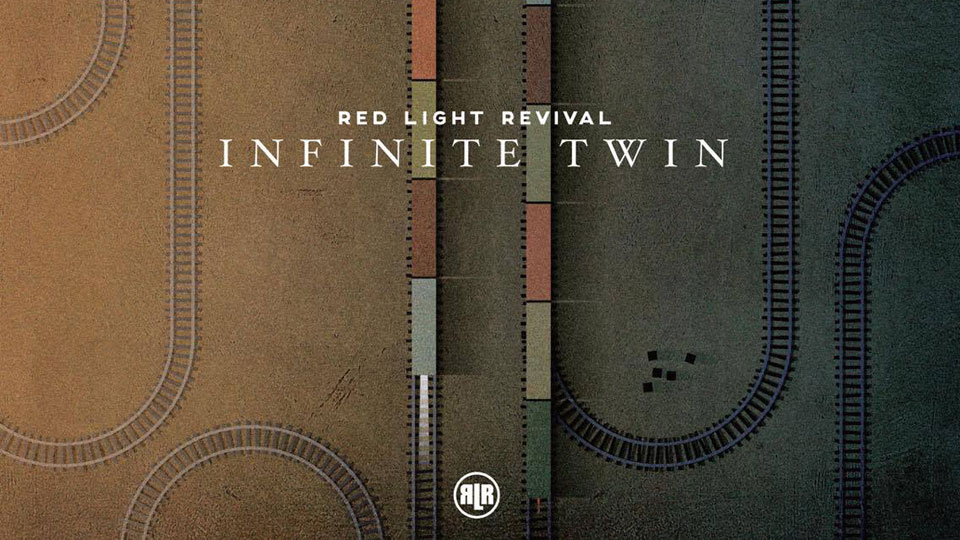 British band Red Light Revival have already come to our attention with their first two works – the eponymous Red Light Revival and Caustic Soul Protection. Their new EP builds on their previous success, offering seven new songs stamped with the band’s unique sound. Infinite Twin will be released in the New Year through Rock North East Records (RNE) and will be available via iTunes and Spotify.

For the uninitiated, who may not have heard the band’s earlier work yet, or become familiar with their output through their gigs and highly successful run in Leeds Oxjam, they’re a Yorkshire-based quintet whose output is most likely to appeal to lovers of classic rock. Global air play through the likes of EGH and US internet radio has seen them become an increasingly  well-regarded presence on the unsigned band scene. There’s a strong influence of 1970’s American rock in the band’s oeuvre, and if that’s a sound that floats your boat, you should check them out.

Infinite Twin gets off to a cracking start with Standing in the Shadows. We’d say it’s easily up there with the band’s best work to date. It’s a perfect union of strings and keys with a memorable chorus and some audacious, wailing guitar work that sends shivers down the spine.

They follow this up with the macabre Traintrack Suicide – perhaps an ideal alternative Christmas number one as the festive period tends to be a peak time for self-annihilation-based train delays, except that the lyrics point more to murder. It’s a jaunty, bluesy number, fun in its own right.

Of Her Door is a succinct foot-tapping piece, and perhaps the melody that’ll become lodged in your head after you hear the EP, with harmonious backing vocals accentuating Matt Dibb’s lead. The tempo increases further with Lord, Lord, Lord. It’s one of our favourites. The story behind the lyrics follows the existential crisis of a preacher’s son, where the rejoinder “you’d better run” follows each trite life-coaching soundbite. The imagery is comparable to Pink Floyd’s Run Like Hell, though the sentiments of the piece, and the band’s output in general, lie on the other side of the Altantic.

Don’t Ask Questions continues the thought-provoking vein, with a punch aimed squarely at political and social apathy. We also love the delicate keyboard work that plays around the main melody. The vocals are delivered at a frantic pace in the penultimate Sitting on the Ceiling, and we get the impression, with the steady builds to melodic cacophonies, that this would be a great one to experience live. It’s a very short piece, not quite troubling the two and a half minute-mark – and it left us wanting an even bigger finish than it delivers.

Infinite Twin rounds out with Amigo, memorable for Dibb’s slower, sleazy vocals that suits the timbre of his voice. Its interludes allow space for the talents of all the musicians to shine, from the guitarists to the drummer.

Infinite Twin is another great showcase of a band whose output we’ve come to enjoy following. The music of Red Light Revival is stirring, fun and wears its influences on its sleeve. Their music will appeal to fans who like bands to have a definite sound, and to add a certain verve to every track they put their name to.

If you fancy checking them out, Red Light Revival will be playing some of the northern festivals in summer 2016. You can follow the band on Twitter @RedLightRevival.

The image of the band is credited to Red Light Revival.