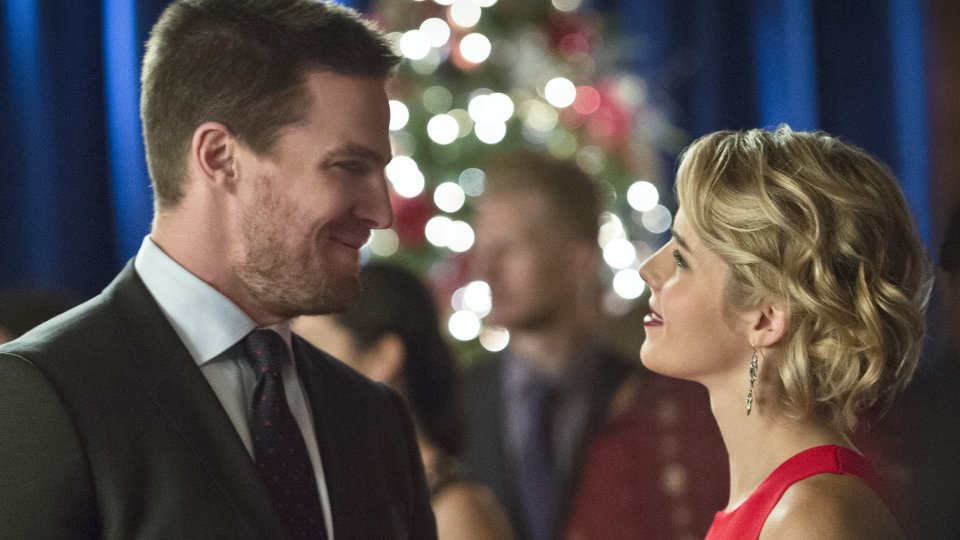 Oliver (Stephen Amell) was given a second chance to do things right on the last episode of Arrow but he failed to seize the opportunity.

While in Central City helping Barry (Grant Gustin) keep Kendra (Ciara Renee) safe, Oliver discovered that he had a son that his mother had paid his ex-girlfriend to keep from him. After running a DNA test to confirm that the boy was his, Oliver was given an ultimatum that meant he could see his son as long as he kept it secret from his friends.

Oliver chose not to tell Felicity (Emily Bett Rickards), which caused a big argument but when Barry had to turn back time so they could beat Vandal Savage (Casper Crump) and save Kendra, he was given the chance to put things right. He decided not to take it and kept his secret from Felicity.

The next episode of the season is Dark Waters. Things take a horrible turn when Damien Darhk retaliates in a brutal manner at Oliver’s mayoral holiday party.

Tune in to Arrow at 8pm on Wednesday to see the episode. Preview it with our gallery below: