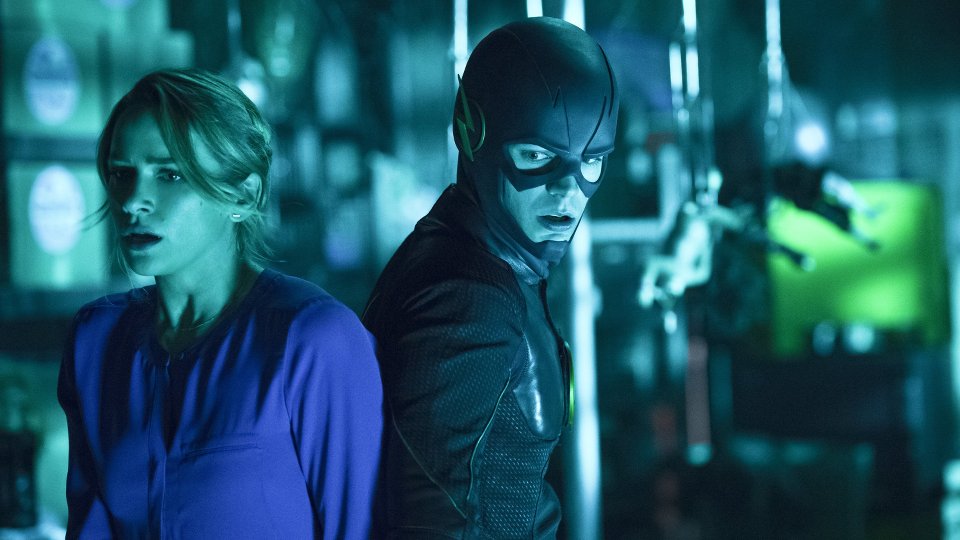 Vandal arrived looking to kill Priestess Shayera who turned out to be Cisco’s (Carlos Valdes) girlfriend Kendra (Ciara Renée), who had no clue about her past lives. After Kendra was kidnapped by a winged man known as Carter Hall (Falk Hentschel) who was revealed to be Prince Khufu, Priestess Shayera’s soulmate.

Having killed them both 206 times previous, immortal Vandal located the Staff of Horus in Central City, which he wanted to use to destroy them again. Once Kendra unlocked her powers and began to get her memories back, Barry and Oliver hid them away while they worked out a plan to keep them safe. After taking on Vandal and losing, Barry turned back time so they could defeat him.

Kendra and Carter escaped with their lives but no one was aware that Vandal wasn’t really gone forever. Elsewhere Wells (Tom Cavanagh) and Caitlin (Danielle Panabaker) created a serum that could temporarily increase Barry’s speed so he could defeat Zoom.

The next episode of the season is Running to Stand Still. When The Weather Wizard returns to break Captain Cold and The Trickster out of Iron Heights, Barry must stop these rogues from taking over Central City during Christmas.