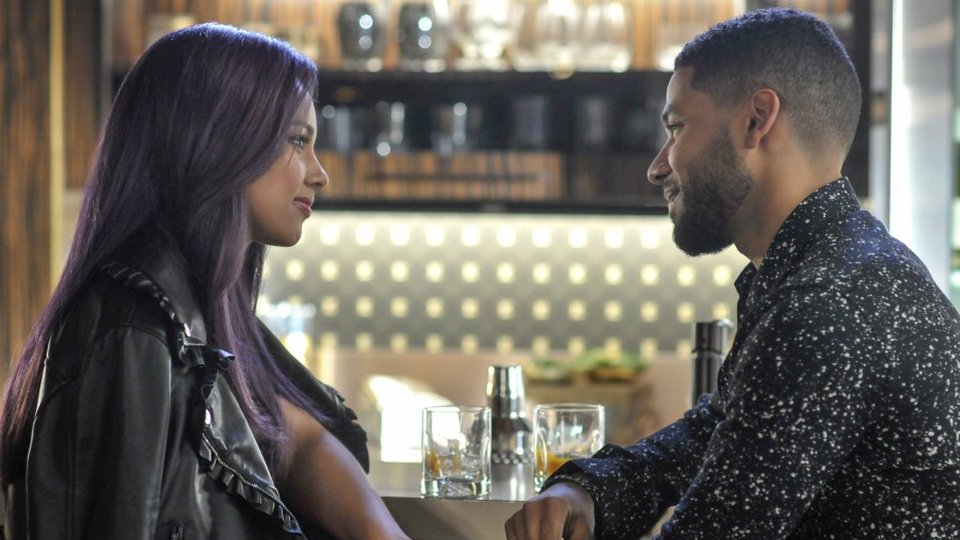 Empire threw us a massive WTF moment at the end of its latest episode.

Jamal (Jussie Smollett) started working with Skye Summers (Alicia Keys) after Lucious (Terrence Howard) hooked them up. Skye was determined to do something new with her music and working with Jamal brought out a new side of her. We were left with our jaws on the floor though when Jamal kissed Skye at the end of the episode after they performed their new song together.

Elsewhere in the episode Cookie (Taraji P. Henson) and her sister Candace (Vivica A. Fox) found their drug addicted sister, Anika (Grace Gealey) started working on her plan to win Hakeem (Bryshere Y. Gray) back, and Lucious revealed that Laz (Adam Rodriguez) was a member of the gang that kidnapped Hakeem.

The next episode is Et Tu, Brute? Lucious makes a reckless play for the streaming service he thinks will make him the most powerful man in music. Cookie plans a prison concert.