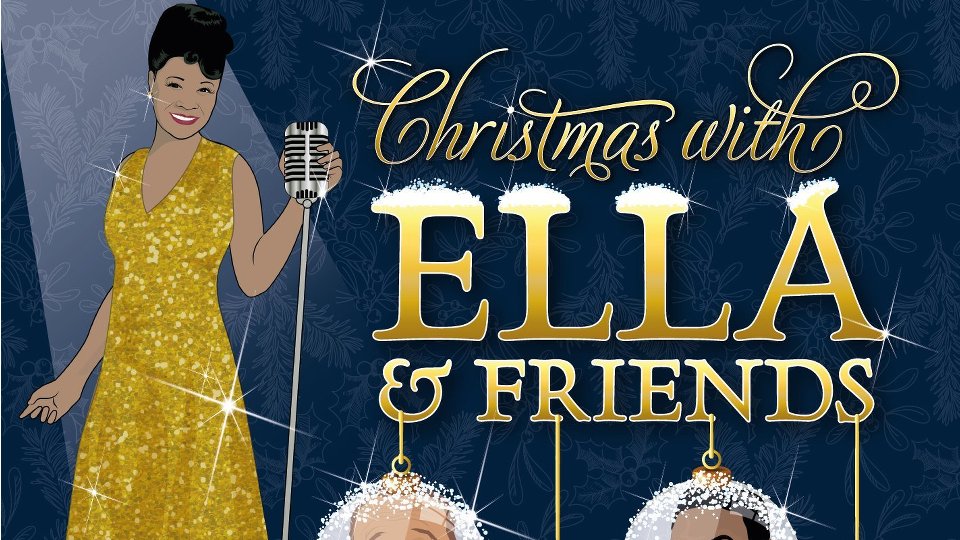 There’s an argument to say that the market is flooded with Christmas albums every year making it difficult to choose which ones to invest in. I would say you can never have too much Christmas music and the rich variety of choice is one of the great things about this time of year. Every December I’ll dig out Christmas albums by Mariah Carey, Michael Buble and the like and after this year I’ll be digging out the fantastic Christmas With Ella & Friends that was recently released by Decca.

Everyone knows that if you want the real spirit of Christmas feeling, you can only get it from the classics and that’s exactly what Christmas With Ella & Friends delivers. On this 2-CD release Ella Fitzgerald leads an all-star pack that includes Nat King Cole, Bing Crosby, Louis Armstrong, Doris Day, Andy Williams and Eartha Kitt to name a few. The set features 50 classic songs over its two discs and is sure to set the right mood at any Christmas party.

Opening with Ella’s version of Winter Wonderland, the collection gets off to a strong start and to be honest it doesn’t falter really. The only thing I can criticise the release for is that on occasion there are two versions of the same song sequenced a little too close together. It’s not a big issue but it did make me wonder if the CD had got stuck on repeat.

Across the collection there are so many fantastic songs including Dinah Washington’s amazing Silent Night, Ella’s rendition of the uber-festive Santa Claus Is Coming to Town, Peggy Lee’s The Little Drummer Boy and Burl Ives’ Holly Jolly Christmas. Bing Crosby’s White Christmas is easily the definitive version of that song, and Doris Day adds a bit of perkiness on the highlight Here Comes Santa Claus.

Elsewhere on the collection the iconic Louis Armstrong delivers the goods on Cool Yule and The Andrews Sisters bring harmonies galore to the swoonsome Christmas Island. The best song though is the under-rated Kay Starr classic (Everybody’s Waitin’ For) The Man With the Bag.

Christmas With Ella & Friends isn’t just a great festive release, it’s THE festive release you need to own this Christmas. There are so many classic songs featured here that it’s pretty much only collection you’ll need for the festive season. Oozing with class and reminding you that no one does it as good as the greats of music, Christmas With Ella & Friends is going to be worn out in my house this Christmas.

Advertisement. Scroll to continue reading.
In this article:Ella Fitzgerald