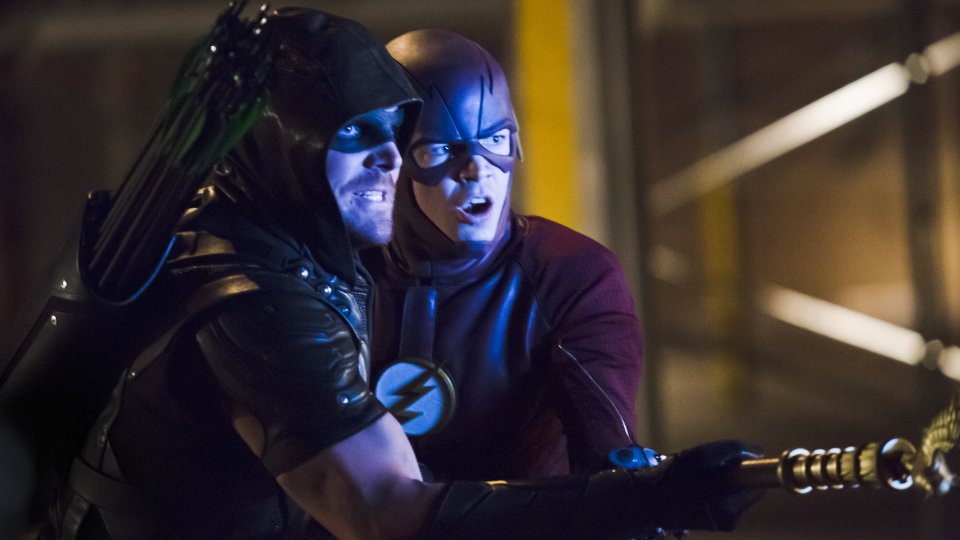 The second part of The Flash and Arrow crossover airs next Wednesday (9th December 2015) and will continue the set-up for spin-off show Legends of Tomorrow.

In the latest episode of Arrow, Diggle (David Ramsey) discovered that his brother Andy (Eugene Byrd) was alive and well. Previously thought to be dead, Andy was found to be working for H.I.V.E. and Team Arrow came up with a plan to capture him so that Diggle could get some answers.

The next episode of the season is Legends of Yesterday. Oliver (Stephen Amell) and Barry Allen (Grant Gustin) take Kendra Saunders (Ciara Renée) and Carter Hall (Falk Hentschel) to a remote location to keep them hidden from Vandal Savage (Casper Crump) while they figure out how to defeat him.

Tune in to Sky 1 HD next Wednesday at 8pm to see the episode. Preview it with our gallery below:

In this article:Arrow, The Flash