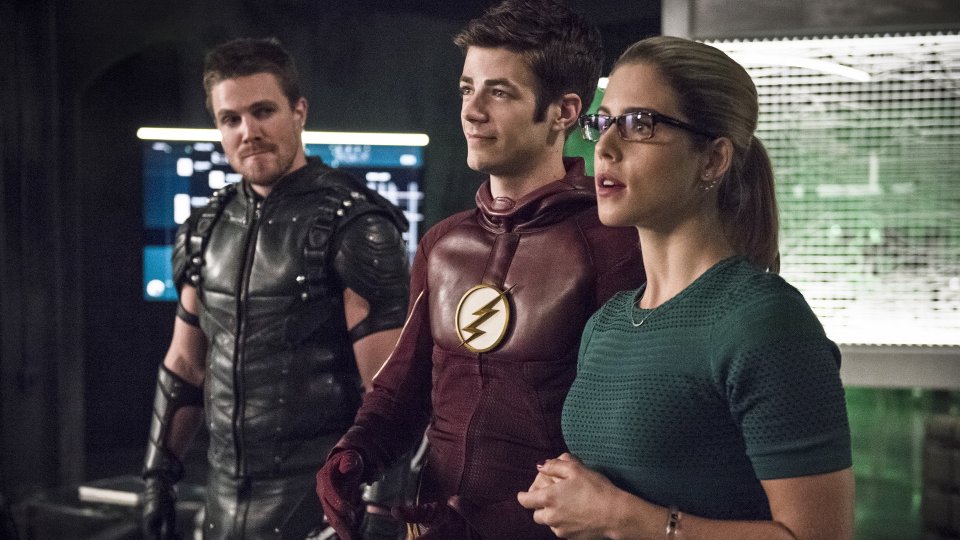 After a week’s break The Flash is back on Tuesday with an all-new episode that is the first of a two part crossover with Arrow.

In the last episode of the season Gorilla Grodd returned and kidnapped Caitlin (Danielle Panabaker). Barry (Grant Gustin) struggled to cope following his close call with Zoom and had to overcome his fears in order to help Caitlin. He also had to team up with Wells (Tom Cavanagh) to try and trick Grodd so they could send him to Earth-2.

Elsewhere in the episode Cisco (Carlos Valdes) had a vision of a winged man when he was on a date with Kendra (Ciara Renée) and later in the episode saw her dressed as a winged figure.

The next episode of the season is Legends Of Today. When immortal evil-doer Vandal Savage (Casper Crump) sets his sights on Kendra Saunders, Barry heads to Star City to ask Oliver Queen aka Arrow (Stephen Amell) for help.

In this article:Arrow, The Flash