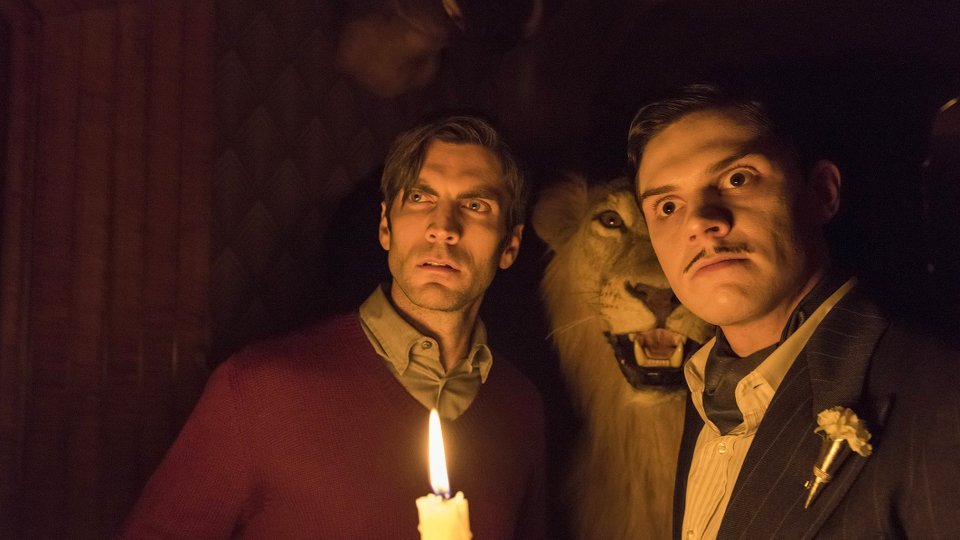 The Countess aka Elizabeth (Lady Gaga) was the subject of the latest episode of American Horror Story: Hotel.

After linking her to Murder House in the previous episode, last week’s episode saw a young Elizabeth enter into a relationship with Rudolph Valentino (Finn Wittrock) and his wife. After his death, Elizabeth married James March (Evan Peters) but it was soon revealed that Valentino faked his death. In a jealous rage March locked Valentino and his wife in a corridor trapping them in the hotel.

In the modern day Will Drake’s (Cheyenne Jackson) renovations set the zombified duo free. Elsewhere John (Wes Bentley) checked into a hospital and found a girl who was an accomplice to the Ten Commandments Killer.