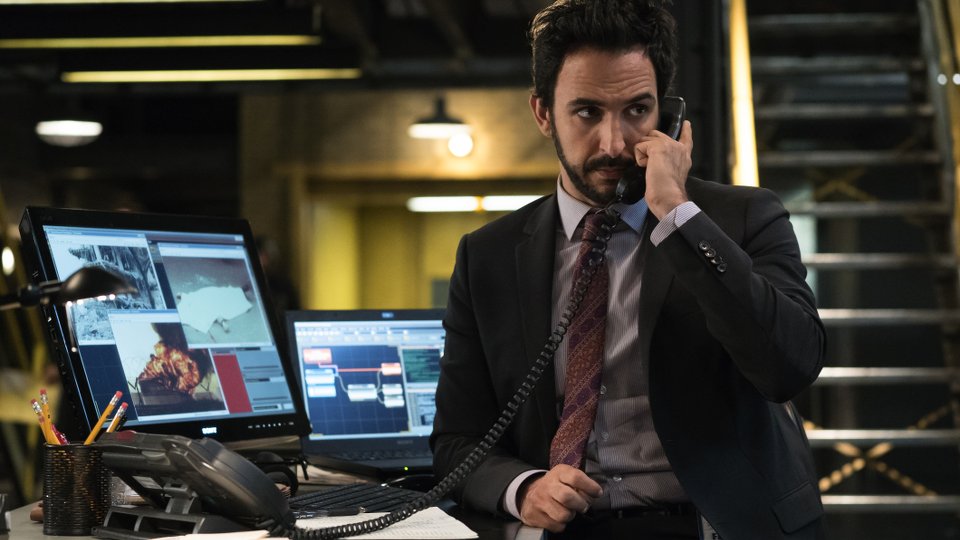 The Director (David Strathairn) started to cover his tracks on the latest episode of The Blacklist but Red (James Spader) was one step ahead.

As Ressler (Diego Klattenhoff) continued to communicate with Red and Liz (Megan Boone), an advisor with connections to the Director went missing. Red and Liz discovered that Sir Crispin Crandall (Harris Yulin), a reclusive billionaire, had been kidnapping smart people in a bid to save the human race from a mass extinction he believed was imminent.

They tracked down the advisor at Crandall’s lab and took his thumbs so they could open a lock that contained the money the Director have been stealing from the Cabal. Red informed the Director of what they’d done and warned him that he would eventually be found out.

Elsewhere in the episode Tom (Ryan Eggold) was forced to kill Asher (Peter Vack) after they ended up in a fight club. That led him to come face-to-face with Karakurt who he kidnapped to take back to DC to exonerate Liz.

The next episode of the season is Zal Bin Haasan. A tragedy buried in Mossad agent Samar’s past is brought to light as the task force hunt down a terrorist. The FBI closes in on Liz and Red.