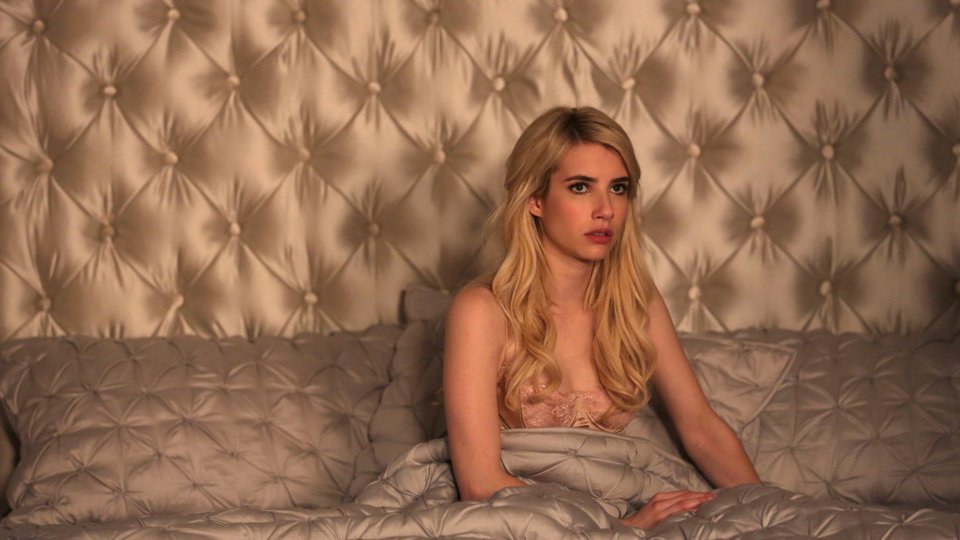 Chanel (Emma Roberts) and Zayday (Keke Palmer) found themselves at a tie after their sisters voted for house president on the latest episode of Scream Queens.

In a move most unlike her, Chanel decided to cede her presidency to Zayday who in turn decided to throw a Kappa slumber party in the house. During the party the sisters found that the house had been locked from the outside and the Red Devil arrived hot on the heels of the Dickie Dollars.

Elsewhere in the episode Chanel #3 (Billie Lourd) was devastated when everyone found out she was Charles Mason’s daughter and in shock when she discovered that Sam (Jeanna Han) had been murdered by the Red Devil.

The next episode of the season is Beware of Young Girls. A shocking event leaves Dean Munsch (Jamie Lee Curtis) face to face with her ex-husband’s mistress. The Kappas learn about a plot against one of their own.