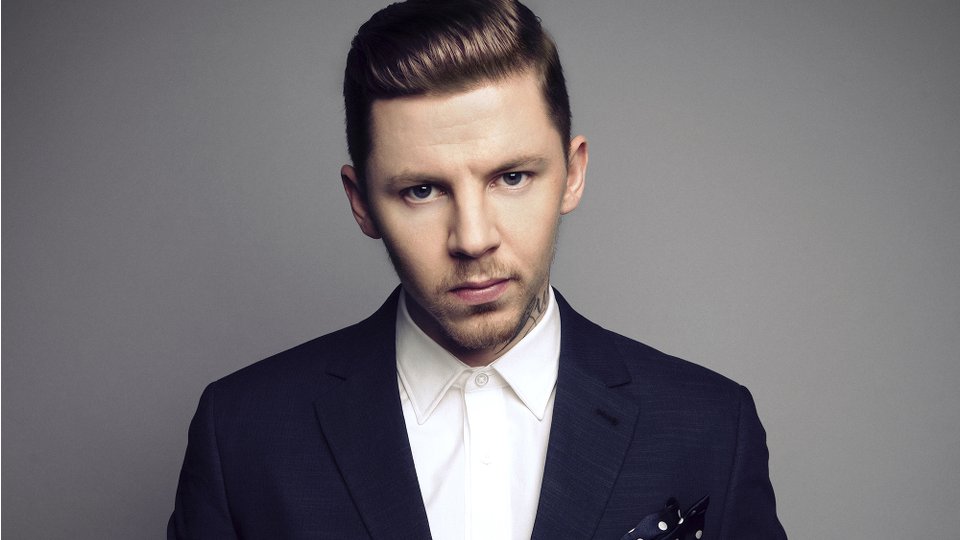 The rapper, real name Stephen Manderson, will present alongside Spice Girl Mel B when the show arrives in January 2016.

“When the chance to work with Mel B came up the answer was obviously a yes. I’m working with a f***ing Spice Girl!” Said Pro Green of the match. “The fact I’d be her co-host on Lip Sync Battle was also exciting. Jokes aside I’m very excited about filming the first series – having spent a good while on YouTube watching the US show I’m looking forward to seeing what our guests bring to the table!”

Professor Green has sold over million records since the release of his debut album Alive Till I’m Dead and he’s picked up numerous awards including Breakthrough Artist at the BT Digital Music Awards, an MTV EMA, an NME Award, three Urban Music awards, and three MOBOs. He recently released his autobiography Lucky.

Lip Sync Battle UK, based on the US show of the same name, will feature two well-known celebrities going head-to-head with show stopping routines of smash hit songs, with dance moves, facial expressions and costumes that will blow you away! Be prepared to see some of your favourite names as you’ve never seen them before.

CEO of Whizz Kid Entertainment Malcolm Gerrie said: “I’m totally chuffed Professor Green has agreed to co-host Lip Sync Battle alongside Mel B. Having won countless rap battles himself he’s perfectly qualified to take the gloves off and provide an expert opinion as our stars slug it out!”

Lip Sync Battle UK will air on Channel 5 in January 2016.