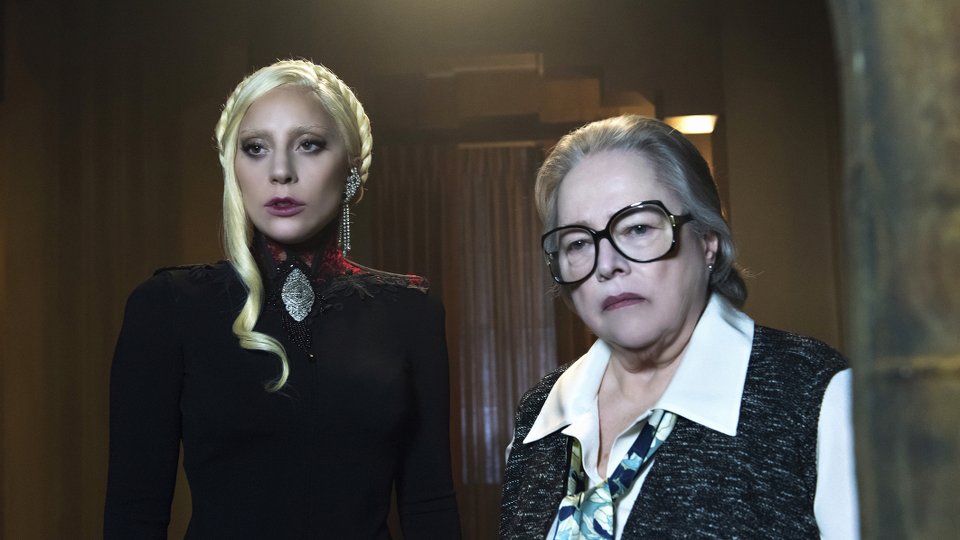 American Horror Story linked its first season Murder House and its current season Hotel in the latest episode of the horror series.

The Countess (Lady Gaga) was seen in a flashback to 1926 visiting the Murder House to meet with Dr. Charles Montgomery (Matt Ross) for an abortion. During the process the baby attacked the nurse assisting Charles, and The Countess was told she had a baby boy. It was revealed that the baby was still alive and lived in Room 33 of the Hotel.

Elsewhere in the episode The Countess killed Tristan (Finn Wittrock) after discovering he was having an affair with Liz (Denis O’Hare), Ramona (Angela Bassett) attempted to murder The Countess’ children, and Donovan (Matt Bomer) found the ghosts of the two Swedish tourists asking what their purpose was now after death.

The next episode of the season is Flicker. Will Drake’s renovations uncover one of the Hotel’s greatest secrets. John undergoes psychiatric evaluation. The Countess learns the fate of her first love.