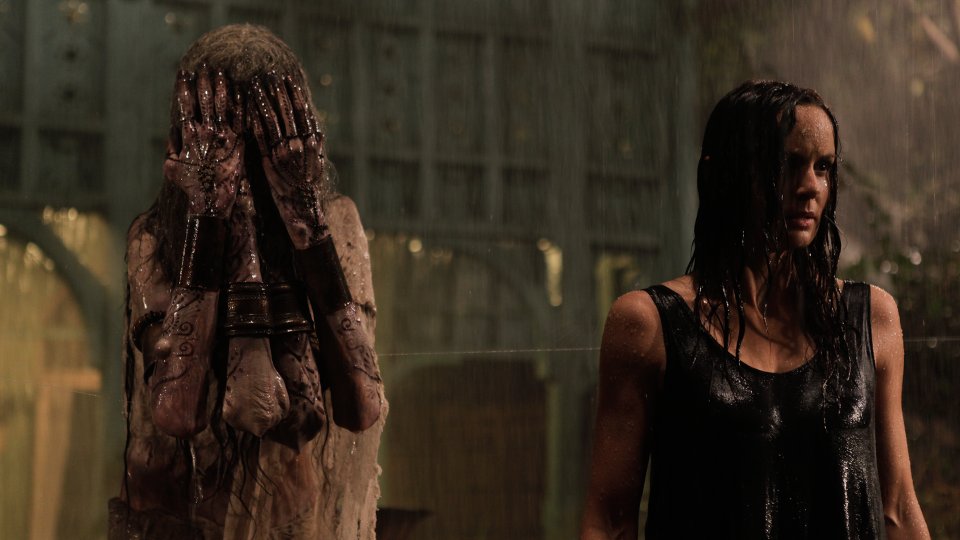 The first trailer has been released for upcoming horror The Other Side of the Door.

Directed by Johannes Roberts, who wrote the screenplay with Ernest Riera, The Other Side of the Door stars Sarah Wayne Callies (The Walking Dead) and Jeremy Sisto (The Returned).

A family lives an idyllic existence abroad until a tragic accident takes the life of their young son. The inconsolable mother learns of an ancient ritual that will bring him back to say a final goodbye. She travels to an ancient temple, where a door serves as a mysterious portal between two worlds. But when she disobeys a sacred warning to never open that door, she upsets the balance between life and death.

You can see the scary trailer at the top of this article.

The Other Side of the Door arrives in UK cinemas on 18th March 2016.

In this article:The Other Side of the Door