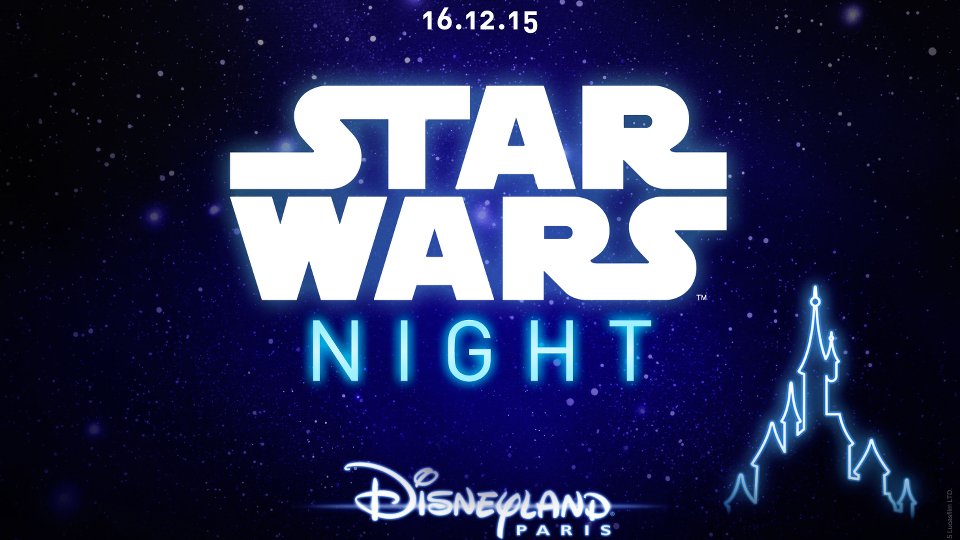 Disneyland Paris is hosting a Star Wars evening on Wednesday 16th December 2015 to celebrate the release of Star Wars: The Force Awakens.

The evening will be an unforgettable one with exclusive treats in store for visitors to the park. It will feature the sights and sounds of the Star Wars universe for an evening sure to be full of exciting surprises.

Guests can take advantage of the exclusive chance to meet Darth Vader, R2-D2 and Chewbacca in person. They can also wear their best costumes or have their make-up done by park artists.

For thrills, a ride aboard a StarSpeeder 3000 is highly recommended! The unmissable Star Tours will take guests soaring towards the Forest Moon of Endor before falling into the tractor beam of an Imperial Class Star Destroyer. Guests will also witness an explosive battle between the Rebel Alliance and the Galactic Empire. May the Force be with you!

Jedi à la carte menus will be available at Videopolis and burger lovers can enjoy a Darth Vader burger, amongst other options

Finally, for the 560 happy few who have booked the Cinema + Stay Pack, the long-awaited moment will come at the Gaumont cinema at Disney Village with Star Wars: The Force Awakens in IMAX 3D (in English with subtitles).

Booking for this special Star Wars event is now open at www.disneylandparis.co.uk/events/star-wars-night-at-disneyland-paris/ with three exclusive packs to choose from: