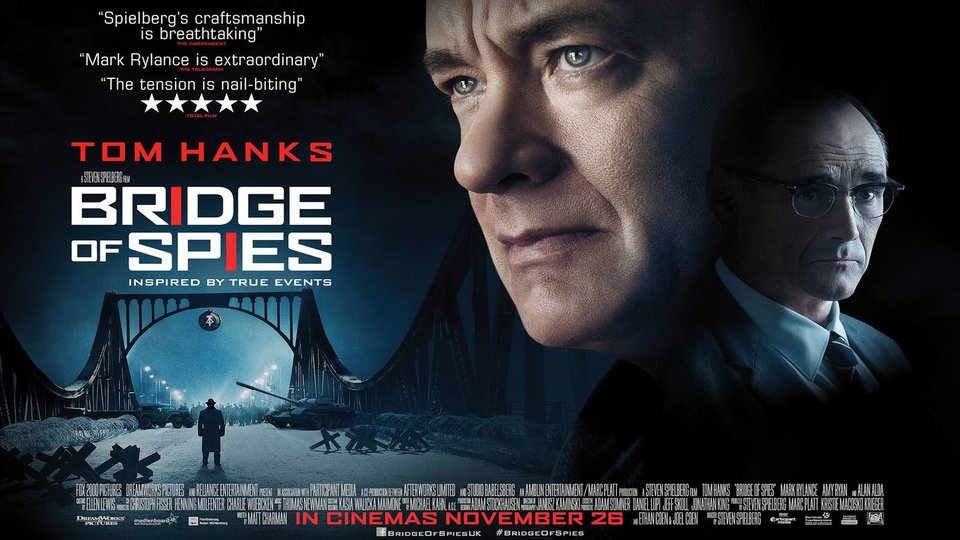 Directed by Steven Spielberg, Bridge of Spies is a dramatic thriller which tells the story of James Donovan (played by Tom Hanks), a Brooklyn insurance claims lawyer who finds himself thrust into the centre of the Cold War when the CIA sends him on the near-impossible task to negotiate the release of a captured American U-2 pilot.

To be in with a chance of winning this amazing, framed Bridge of Spies teaser poster, simply answer the question below.

Bridge of Spies is released in cinemas nationwide now.

For further information on the release please visit: www.facebook.com/BridgeOfSpiesUK   #BridgeOfSpies

In this article:Bridge of Spies, Competition, Steven Spielberg, Tom Hanks