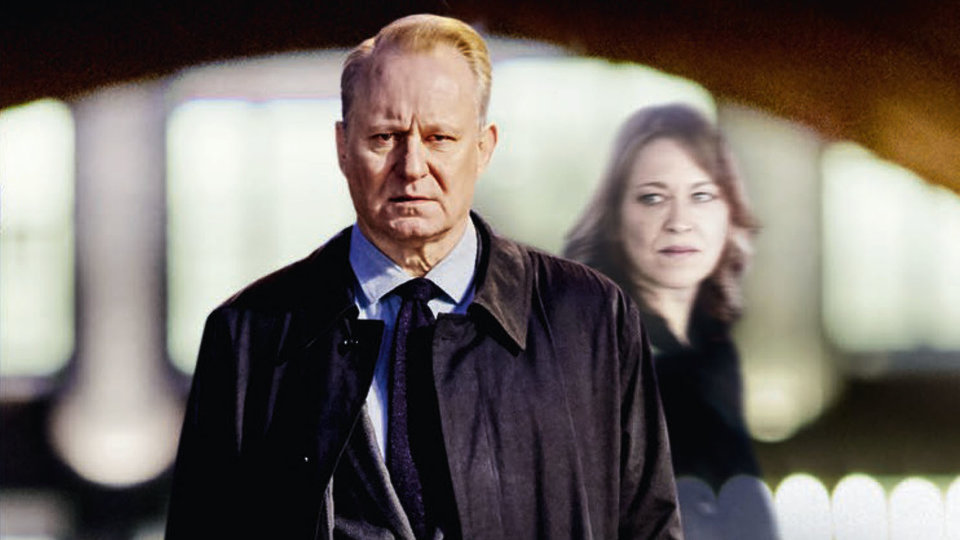 Arrow Films is pleased to announce the release on DVD & Blu-ray of the complete first season of thrilling new crime drama River – out now.

The series is currently airing on BBC One on Tuesday nights and stars Stellan Skarsgård as detective John River, and is created by Emmy Award Winning creator Abi Morgan (Suffragette, The Iron Lady).

John River (Skarsgård) is a brilliant police officer whose genius and fault-line is the fragility of his mind – a man haunted by the murder victims whose cases he must lay to rest. A man who must walk a professional tightrope between a pathology so extreme, he risks permanent dismissal, and a healthy state of mind that would cure him of his gift.

Struggling to come to terms with the recent murder of friend and colleague ‘Stevie’ (Nicola Walker), the investigation into her death begins to reveal her deepest secrets, River has to question everything he thought he knew about his one true friend.

The series stars top British talent that includes Nicola Walker, Lesley Manville, Adheel Akhtar and Eddie Marsan, and is produced by Kudos, the same company responsible for recent beloved series like Humans, The Hour and Broadchurch.

To be in with a chance of winning one of three DVD/CD sets, simply answer the question below.

In this article:Competition, River, Stellan Skarsgard