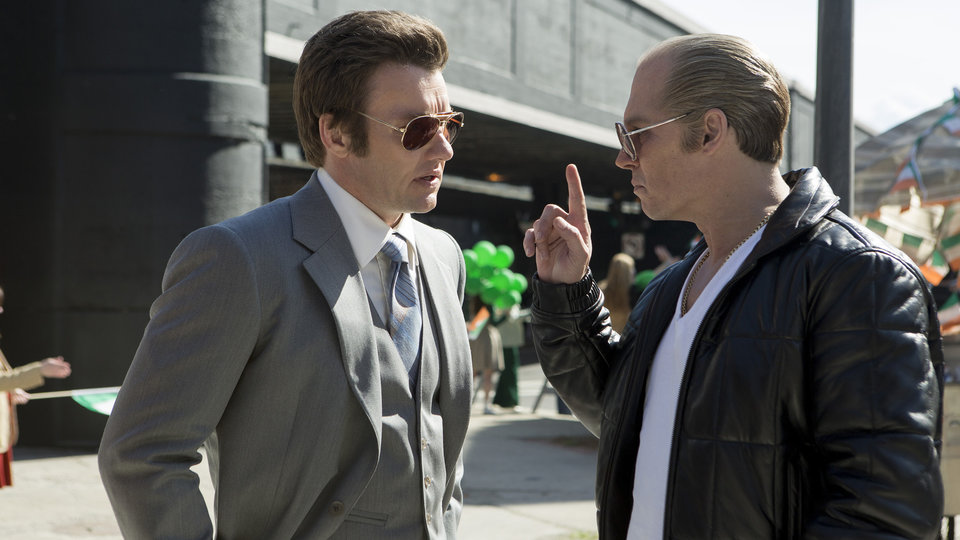 Johnny Depp is mesmerizingly menacing as Whitey Bulger in Black Mass (in cinemas now), the real life tale of the kingpin who cut a deal with the FBI that allowed him to secure Boston’s criminal underworld for himself.

In 1970s South Boston, FBI Agent John Connolly (Joel Edgerton) persuades Irish mobster James “Whitey” Bulger (Johnny Depp) to collaborate with the FBI and eliminate a common enemy: the Italian mob.  Black Mass tells the true story of this unholy alliance, which spiraled out of control, allowing Whitey to evade law enforcement, consolidate power, and become one of the most ruthless and powerful gangsters in Boston history.

In celebration of the movie’s release, we’re giving away two fantastic merchandise packs which include a Black Mass Flashlight, Duffel bag, Charger, T-shirt, Beanie hat and a Copy of the Black Mass book.

Black Mass is in cinemas now.

The book BLACK MASS: Whitey Bulger, The FBI And A Devil’s Deal is out now.

To be in with a chance of winning one of the merchandise sets, simply answer the question below.