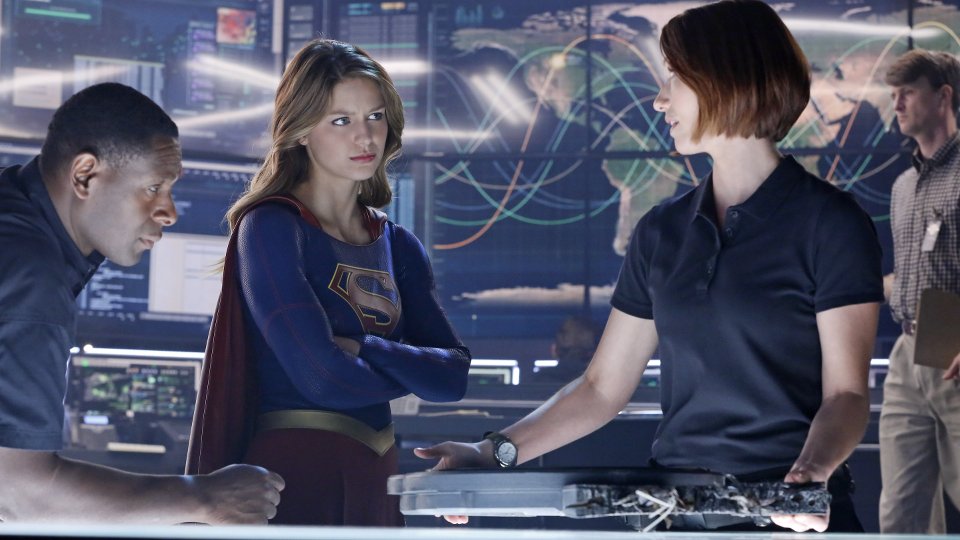 Supergirl switched out its fourth episode with its fifth episode last week in light of the Paris attacks.

That meant that the narrative was a little all over the place but this week we’ll finally get to see the fourth episode of the season, airing as the fifth episode. In last week’s episode Kara (Melissa Benoist) and Cat (Calista Flockhart) teamed up to defeat Leslie Willis (Brit Morgan) aka Livewire, a radio presenter that worked for Cat and gained powers after being electrocuted when Kara was saving her from a helicopter crash.

Elsewhere in the episode Alex (Chyler Leigh) was upset when her mother arrived for Thanksgiving and gave her a hard time for allowing Kara to reveal her true identity to the world, and the sisters found out that Hank (David Harewood) may not be all he seems after it was revealed that their father died whilst working for him.

The next episode of the season is How Does She Do It? Kara struggles to juggle her two lives when National City comes under threat while she is babysitting Cat’s son.