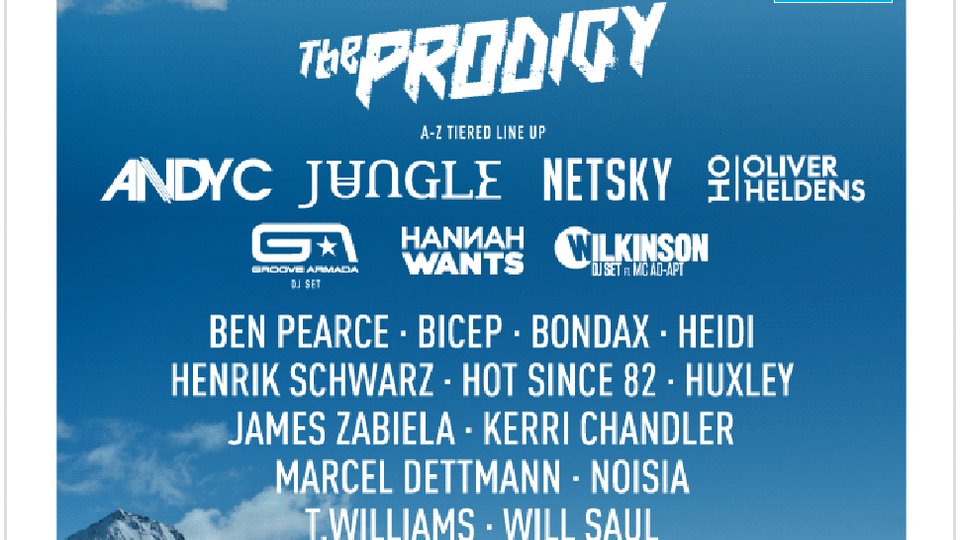 Snowbombing festival is set in the Austrian mountains, in the alpine town of Mayrhofen and has just announced further details of its line-up. The latest additions include the likes of Fatboy Slim, Sven Väth, Skepta, Slaves, Black Coffee & Sam Feldt and previous acts included The Prodigy, Bastille, Jungle, Netsky, Andy C and Jamie Jones.

Fatboy Slim is set to return to the mountains and headline the festival in 2016. The Brighton DJ and music maker was in charge of The Racket Club at SB15 and delighted the crowed. It was natural then for the DJ to come back in 2016.

Also on the bill in 2016 will be Ibiza icon Sven Väth, who will swap sandy beaches for breathtaking mountainous sights. Legendary for his Cocoon parties at Amnesia, Sven is now ready to take on the Alps.

Snowbombing takes place between the 4th and 9th April 2016. Packages start from just £299 (+bf) for 5 nights’ accommodation and festival wristband. Book your place at SB16 by visiting snowbombing.