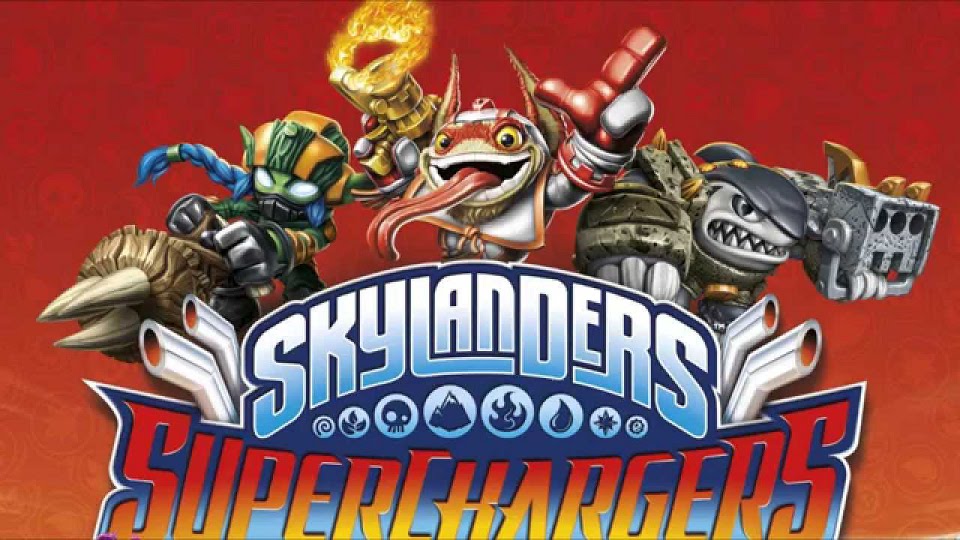 Skylanders SuperChargers is the fifth entry in the Skylanders series. Impressively the developers have managed to improve and innovate with each title. I’ve been spending some time with the game to see what is new this year and if it’s worth adding to your collection.

Skylanders is no longer the only title that lets you bring real-life toys into your game. The past two years it’s had to go up against Disney Infinity. This year things are even tougher with a new Disney Infinity title that focuses on Star Wars. There’s also new competition from LEGO Dimensions. Competition is good though because it means the developers really have to push themselves to improve and keep people interested.

The story sees returning villain Kaos continue his quest to rule Skylands. This time he’s brought his Doomstation of Ultimate Doomstruction which is a weapon designed to eat the sky. This year, as you’d expect, we’re treated to a whole new bunch of Skylanders toys. The twist this year is the addition of racing vehicles for your Skylanders to use to help stop Kaos.

The starter kit comes with two Skylanders and one land vehicle (a race car) to get you started. This is enough for someone to play through the main game solo or in co-op with a friend. If you have already bought previous titles or Skylanders toys then they can also be used with the game. This is a great feature that allows fans to jump in with their favourite characters from their collection.

As well as a range of land vehicles to purchase you can also buy air and sea vehicles such as planes, helicopters and submarines. Each level of the game has specific sections dedicated to the different types of vehicles. If you don’t own an air or sea vehicle then you simply can’t tackle those sections until you do. This is also true of the different types of characters and certain characters gain power boosts in set areas.

The vehicles are used at set points throughout the levels and when playing co-op accommodate both players. During co-op one player gets to pilot the vehicle while the other player can assist with grabbing items and shooting enemies. Players can also swap positions by both pressing the switch button simultaneously.

The co-op in the game works really well and players can also swap out Skylanders as often as they like. The game is perfect for an adult to play along with a child. It’s also a lot of fun with wonderfully animated characters and plenty of humour.

The vehicles are also used for racing in a dedicated mode that reminds of Mario Kart. The tracks are fantastic and are designed specifically for each type of vehicle. My favourite was a track that takes place on the back of a dragon.

The racing mode isn’t just a gimmick either, it could easily have been a game on it’s own. As well as racing solo or in local co-op you can even head online and race against players over the internet.

Despite all the new vehicle stuff the game is still heavily focused on the usual platforming action. There’s a lot of variety but nothing too tricky and the combat is always fun. During play there are plenty of optional mini-games and puzzles to solve. There’s also a Hearthstone style collectible card game.

Skylanders Superchargers is heaps of fun and impresses with a generous amount of content. The new vehicles are definitely the standout feature this year. It’s a game that keeps getting better as long as you are prepared to drop some extra cash on it to purchase new figures and vehicles.