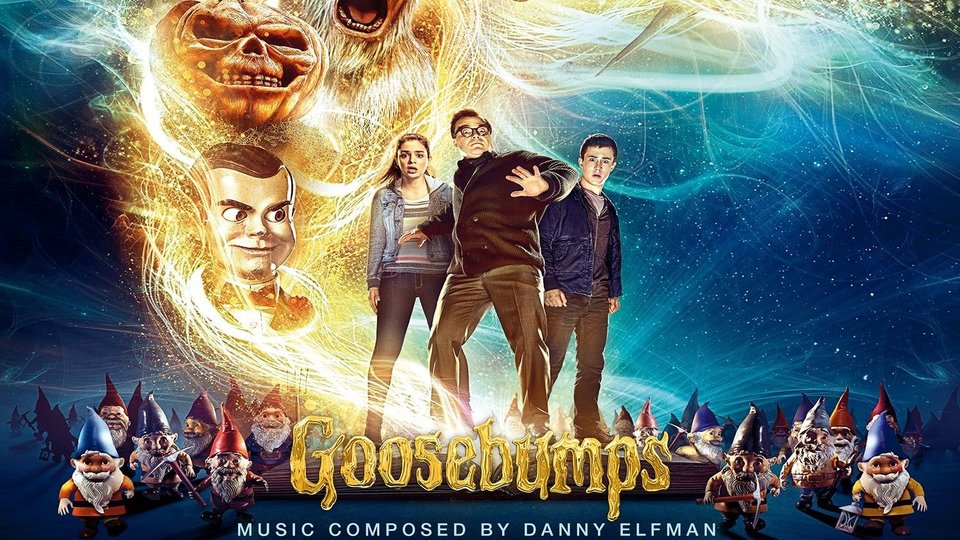 To celebrate Sony’s latest slate of movie soundtracks, we are delighted to give away 3 amazing bundles each containing the following…

He Named Me Malala

He Named Me Malala is an intimate portrait of Nobel Peace Prize Laureate, Malala Yousafzai, who was targeted by the Taliban and severely wounded by a gunshot when returning home on her school bus in Pakistan’s Swat Valley. The then 15-year-old (she turns 18 this July) was singled out, along with her father, for advocating for girls’ education. The attack on her sparked an outcry from supporters around the world. She miraculously survived and is now a leading campaigner for girls’ education globally as co-founder of the Malala Fund.

Acclaimed documentary filmmaker Davis Guggenheim (An Inconvenient Truth, Waiting for Superman) shows us how Malala, her father Zia and her family are committed to fighting for education for all girls worldwide. The film gives us an inside glimpse into this extraordinary young girl’s life – from her close relationship with her father who inspired her love for education, to her impassioned speeches at the UN, to her everyday life with her parents and brothers.

Peter (Levi Miller) is a mischievous 12-year-old boy with an irrepressible rebellious streak, but in the bleak London orphanage where he has lived his whole life, those qualities do not exactly fly. Then one incredible night, Peter is whisked away from the orphanage and spirited off to a fantastical world of pirates, warriors and fairies, a world called Neverland. There, he finds amazing adventures and fights life-or-death battles while trying to uncover the secret of his mother, who left him at the orphanage so long ago and his rightful place in this magical land. Teamed with the warrior Tiger Lily (Rooney Mara) and a new friend named James Hook (Garret Hedlund), Peter must defeat the ruthless pirate Blackbeard (Hugh Jackman) to save Netherland and discover his true destiny – to become the hero who will forever be known as Peter Pan.

The Lady in the Van

The film tells the true story of the relationship between Alan Bennett and the singular Miss Shepherd, a woman of uncertain origins who ‘temporarily’ parked her van in Bennett’s London driveway and proceeded to live there for 15 years. Their unique story is funny, poignant and life-affirming.

Upset about moving from a big city to a small town, teenager Zach Cooper (Dylan Minnette) finds a silver lining when he meets the beautiful girl , Hannah (Odeya Rush), living right next door and makes a quick friend in Champ (Ryan Lee). However, every silver lining has a cloud, and Zach’s comes when he learns that Hannah’s mysterious dad is in fact R.L. Stine (Jack Black), the author of the bestselling Goosebumps series. As Zach starts learning about the strange family next door, he soon discovers that Stine holds a dangerous secret: the creatures that his stories made famous are real and Stine protects his readers by keeping them locked up in their books.

When Stine’s creations are unintentionally released from their manuscripts, Zach’s life takes a turn for the weird. In a crazy night of adventure, it’s up to Zach, Hannah, Champ and Stine to team up and get all of these figments of Stine’s imagination – including Slappy the Dummy, the girl with the haunted mask, the gnomes and many more – back in the books where they belong, in order to save the town.

To be in with a chance of winning one of 3 Sony soundtrack bundles, just answer the question below.

Advertisement. Scroll to continue reading.
In this article:Competition, Goosebumps, He Named Me Malala, Pan, Sony, Sony soundtracks, The Lady In The Van