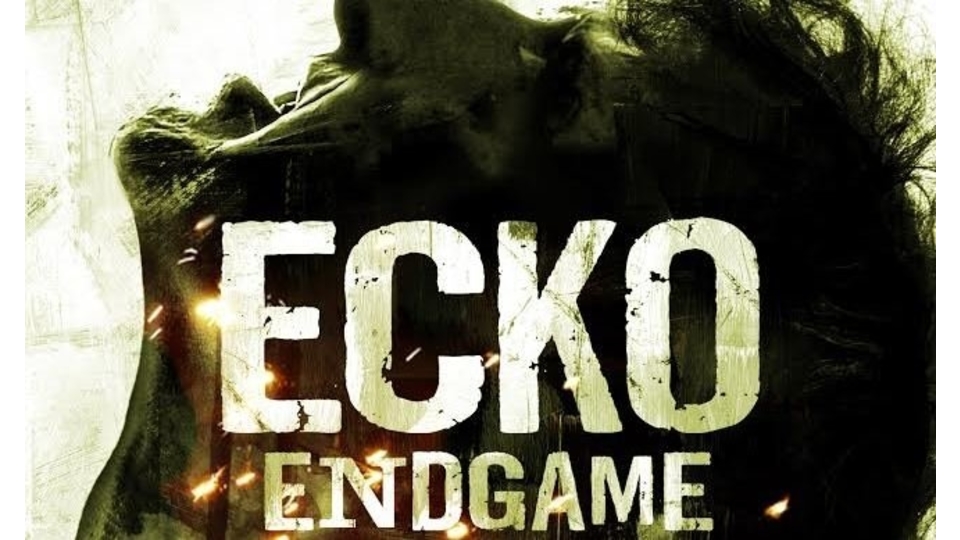 The epic genre-bending SFF Ecko trilogy from Danie Ware concludes this November: will series anti-hero Ecko be able to overcome his fears one last time and save the world from extinction before it’s too late?

Featuring a gleefully cynical lead protagonist, the Ecko series burst on to bookshelves in 2012 with Ecko Rising to great critical applause and has continued to snowball into a contemporary cult classic of the genre scene ever since.

After awakening in a dimension-jumping inn to find himself immersed in his own sardonic fantasy world, Ecko is forced to face up to his own deepest fears in order to save mankind; the Ecko trilogy is the blistering (mis)adventure of the world’s most belligerent hero.

Now in the series’ stunning conclusion, Ecko Endgame, winter has come to the Varchinde – and with it, the fatal spread of the blight. The grass is dead, and the plains’ cities are falling to the loss of crops and trade. This is the moment for the Kas to take their chance to rise from Rammouthe. Overmatched, betrayed and abandoned
by his own forces, Rhan takes the ultimate gamble – he will abandon Fhaveon to lure the Kas into a final confrontation. But the world’s memory is returning. And, as the battle rages round him, Ecko begins to realise that everything they have done has been for a purpose. If they can fit the pieces together, then they might just win the war.

Yet, even if they do defeat the Kas, the blight is still there. And to save both the Varchinde and himself, Ecko must face the worst fear of all – the one that has come from his own world.

Originally conceived as a role-playing game, the Ecko series is riotous, time-hopping adventure, packed full of cult genre references – if you haven’t discovered Ecko and his exploits yet now is the right time to do so.

Danie Ware runs the social media profile of cult retailer Forbidden Planet, and has organised their signings and events calendar for more than a decade. She went to an all-boys school, studied English Literature at UEA in Norwich, then joined a Viking re-enactment group and spent many years fighting, writing and rolling dice. These days, she lives in South London and spends her time with her son, in the gym, or making up for missing the battlefield by writing epic stories about it.

To be in with a chance of winning one of 2 sets of all three Ecko books SIGNED by Danie Ware, just answer the question below.