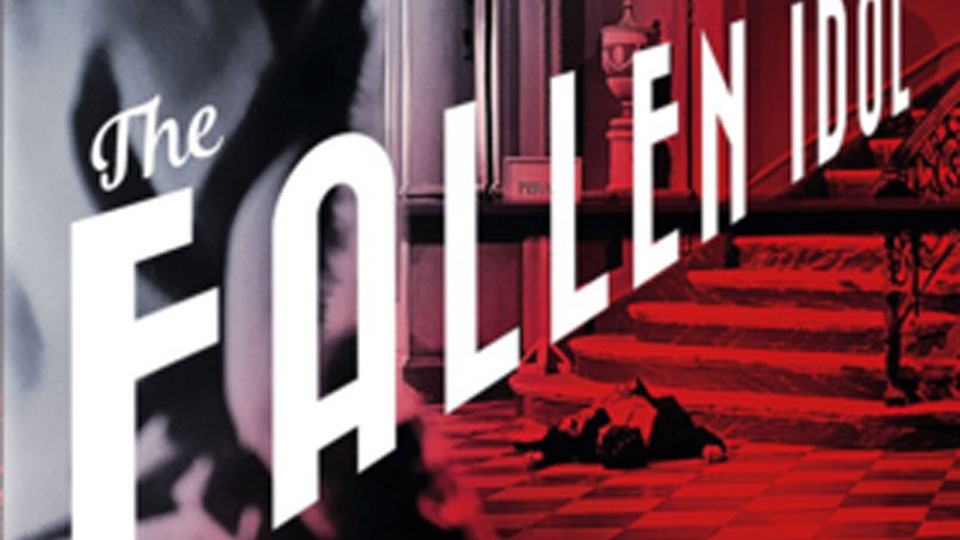 Producer Alexander Korda brought together top British director Carol Reed and writer Graham Greene. The result was 1948’s The Fallen Idol, which would come to be overshadowed by their collaboration the following year – The Third Man.

The Fallen Idol, whilst not as significant as The Third Man, is nevertheless a remarkable movie. It looks better than ever in this digitally restored print. It tells the story of a young French boy, Phillipe (Bobby Henrey), who is being looked after at the Embassy in London by the English butler he adores, Baines (Ralph Richardson) and his austere wife (Sonia Dresdel). The boy witnesses Baines undertaking an affair with a young French woman Julie (Michèle Morgan), though he doesn’t understand the truth and is coerced into lying about what he’s seen. When events take a sinister turn and there is a sudden violent death in the Embassy, the boy’s lies to the police, which he hopes will take the heat off his idol, Baines, ultimately land the butler in much hotter water.

In Ralph Richardson’s Baines, The Fallen Idol contains a truly great cinematic performance. Always an entertaining actor, Richardson never upstages his fellow thespians, but finds an interesting way to do absolutely everything. Not only that but his butler is masterfully psychologically complex, conveying the soul of the man from the subtlest of changes in expression and delivery. He is truly magnificent, and thankfully the rest of the cast are up to the task of matching him.  Michèle Morgan is cool, sexy and enigmatic as love-interest Julie, whilst Sonia Dresdel is the archetypal step-mother from hell as Baines’ bitter, cruel wife – though she nevertheless humanises her character and creates something far more fascinating to watch than a mere monster. Bobby Henrey is outstanding as Phillipe. Convincing and non-precocious child actors are rare, especially in British cinema, but Henrey is the exception; crucially, since the audience follows the story through his eyes. What a shame he didn’t carry on acting after The Fallen Idol.

The tension, beautifully built up by Carol Reed, is occasionally punctuated with some light relief. Dandy Nichols and Joan Young play a double act of cockney cleaning women, whilst Dora Bryan gives a hilarious cameo performance as a prostitute in a police station. Look out for cinema stalwarts Jack Hawkins and Bernard Lee in supporting roles.

With long shadows on walls and cobbled streets, and at times an almost unbearable feeling of suspense, the film has Carol Reed’s trademarks all over it. It’s a poignant drama about the loss of childhood innocence, and the pain on both sides when children discover a cherished adult’s feet of clay. There are moments of delightful British eccentricity (the child’s fascination with snakes, and the business of his pockets, to give two examples) that keep the film fresh and personable. The only sizeable criticism is that the resolution is very well-signposted and easily guessed.

This is a great version of the movie. The digital restoration is cleaner and crisper than previous releases, and removes the over-saturation. Only a few scratches and variation in brightness on the fringes remain. There are many great extra features, of which three are standouts. Bobby Henrey, now in his 70s, is insightful and entertaining when he talks about the making of the movie, how he related to the enormous talents around him, and how he feels about his involvement in it now. Location filming buffs will enjoy a segment hosted by Richard Dacre that returns to the London streets where the movie was shot in the 1940s. Remarkably, the Star Tavern pub, used in the movie, is still there, and most of the locations are readily identifiable. There’s an archive interview with James Bond director Guy Hamilton, Reed’s assistant director for The Fallen Idol, in which he gives his reminiscences of the movie.