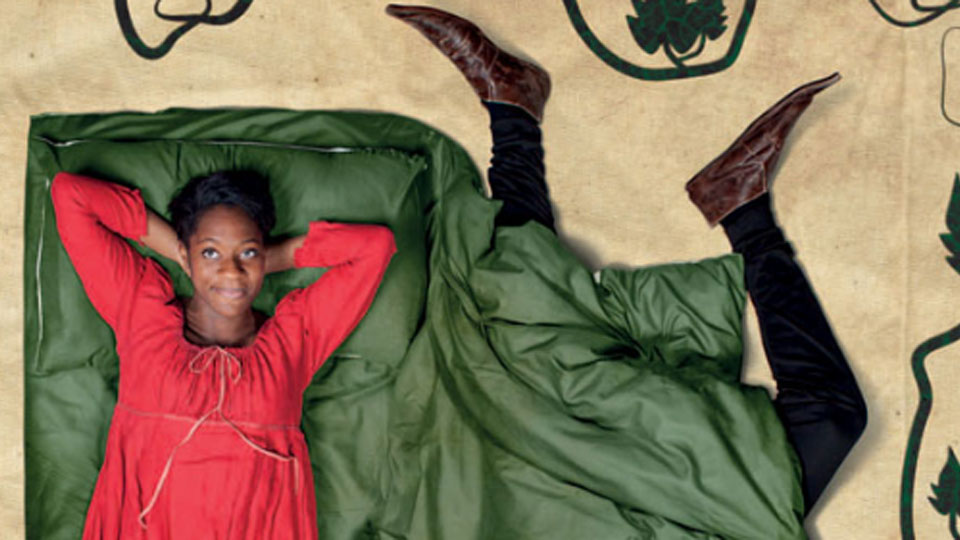 Bringing the much loved fairy-tale bang up to date, roles are reversed as our male beauty is tricked into a deep sleep for 100 years, before being woken by a poor young girl with the heart of a lion.

Based on the famous fairy story and also taking inspiration from the Welsh folk tale, The Leaves that Hung but Never Grew, this magical tale sees the pampered and protected Prince Percy team up with the determined and feisty Girl who helps him wake from an enchanted sleep, battle the evil Fairy and discover the magical tree with leaves to cure all ills. Together they discover how friendship can come in unlikely places and how we are all stronger together than apart.

Sally Cookson has been responsible for some of Bristol Old Vic’s biggest and best theatrical productions of the last five years. Her adaptation of Jane Eyre took Bristol audiences by storm in 2013 and is currently running at the National Theatre to great acclaim. Other productions for Bristol Old Vic include Treasure Island (2011) and Peter Pan (2012). This is alongside a range of hugely popular work elsewhere in Bristol and the UK, most recently the sell-out family show Hetty Feather in the West End and 101 Dalmatians for The Tobacco Factory Theatre. She is reunited with her creative team of composer Benji Bower, dramaturg Adam Peck, designer Michael Vale and costume designer Katie Sykes.

Prince Percy will be played by David Emmings. Last seen at Bristol Old Vic in the hit production A Midsummer Night’s Dream as Puck, he also played Joey in the National Theatre’s production War Horse. The Girl is played by Kezrena James. Her recent stage work includes Primetime at the Royal Court and From Morning to Midnight at the National Theatre as well as appearing in Bristol Old Vic’s Ferment Fortnight in I And The Village. She also appeared in the BBC series’ Being Human, Doctors and the children’s series Tracy Beaker.

Stuart Goodwin plays the Evil Fairy. Since 2011, Stuart has been working mainly with Kneehigh Theatre touring the UK, New Zealand and USA with The Wild Bride, Midnight’s Pumpkin and most recently the heartbreaking Tristan & Yseult.

See www.bristololdvic.org.uk for more details or to book.