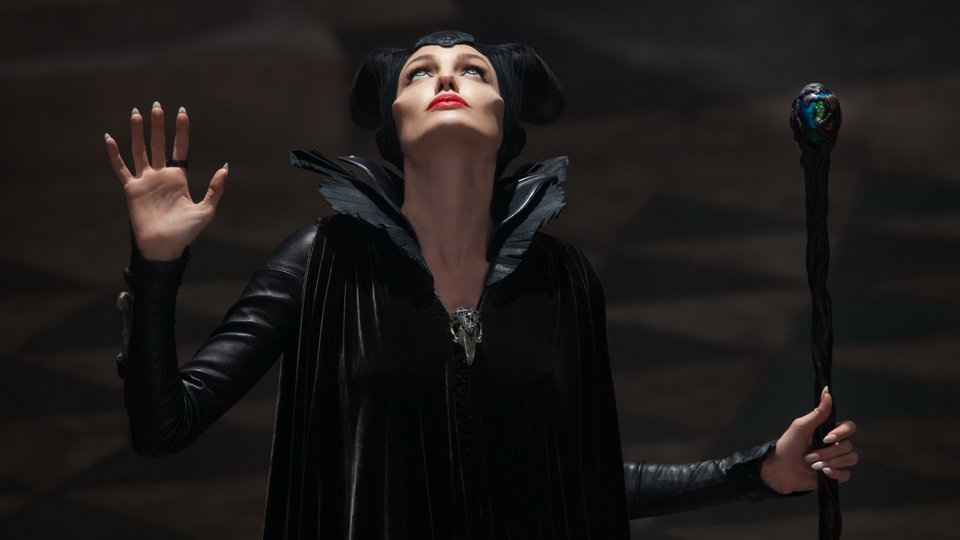 After being scorned by her one-time love, Maleficent (Angelina Jolie – The Tourist) vows to exact revenge on King Stefan (Sharlto Copley – The A-Team). When his daughter is born, Maleficent casts a vindictive spell onto the child, causing Aurora (Elle Fanning – Super 8) to fall into eternal sleep on her 16th birthday. The only thing that can free her is true love’s kiss – but does such a thing exist? Maleficent doesn’t believe so.

Maleficent is a big screen version of Sleeping Beauty but it’s classic Disney with a fresh twist. This isn’t the story you remember but a re-imagining of the original that asks ‘what if…’ By approaching the story from the villain’s point of view, this opens up a wealth of fantasy and magic that helps make Maleficent a magnificent family movie, full of stunning effects and bewitching guile.

Angelina Jolie is perfect as Maleficent. She brings a captivating charm and devilish malevolence to her character. But this is more than just a boo-hiss villain. We understand what makes her the way she is and more importantly, we explore the characters motives and emotions in a compelling way. Jolie lights up the screen whenever she appears and is the main reason why the film works so well.

Elle Fanning makes for a very sweet Sleeping Beauty and her exchanges with Jolie are a joy to watch. Sam Riley isn’t in the film very much but hands in very assured support when needed as Maleficent’s companion. Sharlto Copley has fun with the role of King Stefan and clearly relishes the opportunity to bring a new dimension to the monarch. If there’s a downside, it’s with the fairies (made up of Lesley Manville, Imelda Staunton and Juno Temple). They are there for comic relief but occasionally disrupt the story with needless commotion. The special effects used on the fairies also aren’t up to scratch, with their faces looking very awkward and poorly rendered.

Maleficent is a very clever and tactical move by Disney that opens up an infinite amount of possibilities. By retreading familiar ground with a new perspective, it gives the studio some very interesting angles and situations to explore. It also continues the trend of Disney bringing their most loved animated works to the live-action big screen (expect Cinderella to wow audiences next year). Coupled with their breakout hit Frozen (which is fast becoming one of the most successful movies of all time), the House of Mouse has never been stronger. With Marvel and Star Wars under their belt too, Disney have an unstoppable machine. Thankfully, they are the only studio who give each of their projects their due diligence and expertise too so we, the audience, have a lot to look forward to. Maleficent is a shining example of how to make movie magic.

Maleficent is a great family movie that somehow manages to be inventive and creative whilst staying true to the principals of the classic fairytale. With a collective cast all doing well and some amazing visual effects, Maleficent is a magical blockbuster and immensely enjoyable throughout – something only Disney movies can truly deliver.