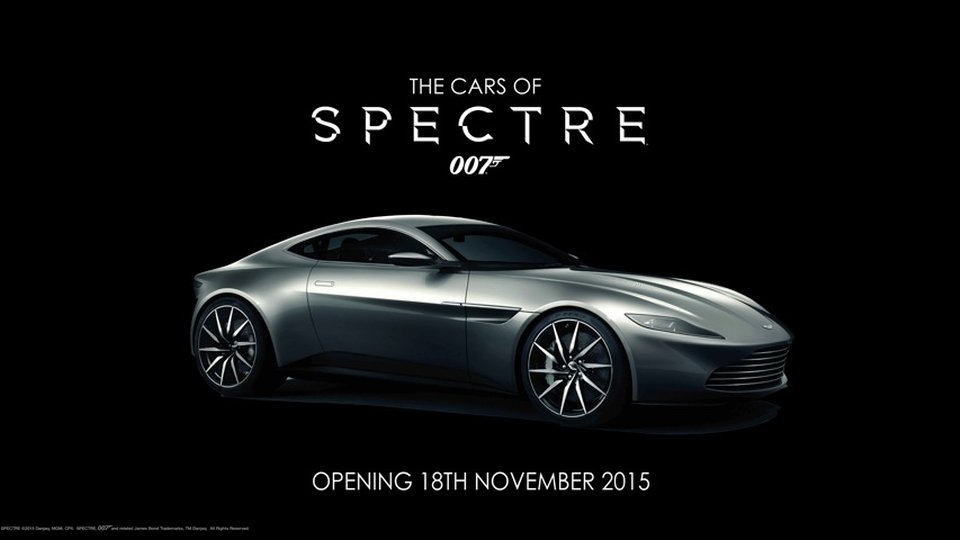 James Bond fans can see the cars from the latest movie Spectre in a new display at the Bond in Motion exhibition at the London Film Museum in Covent Garden from 18th November 2015.

The Cars of Spectre will be the first UK exhibition of vehicles, props, models and costumes from the latest film release, including amongst others, James Bond’s Aston Martin DB10, villain Hinx’s Stunt Jaguar C-X75, and Franz Oberhauser’s Rolls Royce Wraith.

Bond in Motion, in association with EON Productions Ltd, has been the most successful exhibition in the history of the London Film Museum. It now features over 150 original artefacts spanning all 24 Bond films including vehicles, miniatures, concept art and storyboards.

Highlights of the exhibit include iconic cars such as the Aston Martin DB5 from GoldenEye; the ‘Wet Nellie’ Lotus Esprit S1 from The Spy Who Loved Me; the Rolls-Royce Phantom III from Goldfinger; and the ‘Little Nellie’ Wallis WA-116 Agile autogyro from You Only Live Twice.

The museum management, along with EON Productions decided earlier this year to keep Bond in Motion open indefinitely. London Film Museum Founder and CEO, Jonathan Sands said: “We are so excited to be presenting our first exhibition dedicated to SPECTRE. We regularly update Bond in Motion with never before seen gems from previous adventures but this is the first time we’ve been able to display vehicles from a film that is currently in cinemas around the world.”

Tickets are available from www.londonfilmmuseum.com and www.ticketmaster.co.uk. The Cars of Spectre will be free to enter as part of the current Bond in Motion ticket entry price.