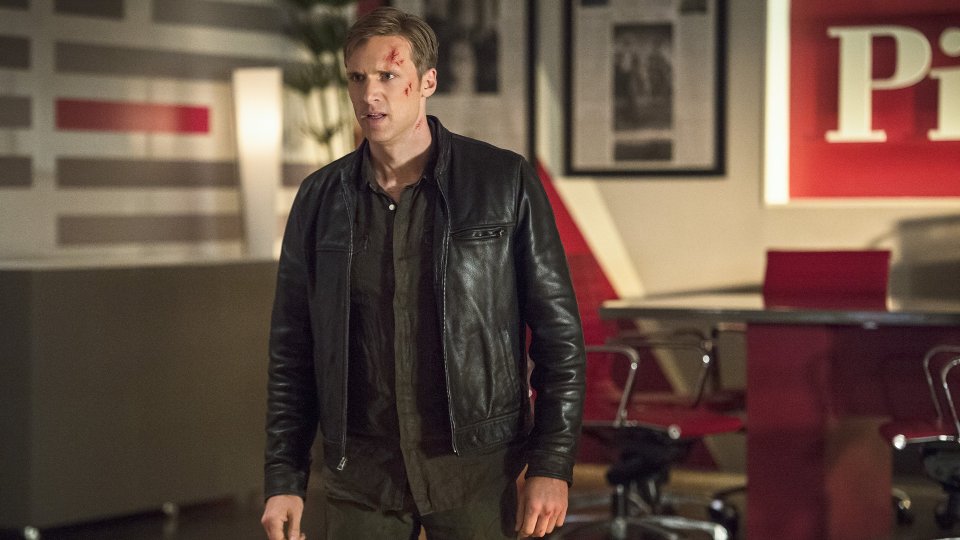 The Flash team found themselves up against it this week when Dr. Stein’s (Victor Garber) condition took a turn for the worse.

Desperately searching for a new partner for the Firestorm matrix, they identified two potential candidates. The first was scientist Henry Hewitt (Demore Barnes) who agreed to merge with Stein but was angry when he found out he wasn’t the right fit. He unknowingly connected to the Firestorm matrix leaving him a ticking time bomb that the S.T.A.R. Labs team had to stop.

They appealed to the second candidate they found Jefferson Jackson (Franz Drameh) who took some persuading but eventually agreed. After merging with Stein they defeated Hewitt and Jefferson’s pairing with Stein solved the professor’s ailing health issue.

Elsewhere in the episode Dr. Wells (Tom Cavanagh) broke into Mercury Labs and stole a device, and he saved Barry (Grant Gustin) from a shark monster attack sent by Zoom. Iris (Candice Patton) came face-to-face with her mother and found out that she was dying.

The next episode of the season is Darkness And The Light. The Flash is in for a shock when Dr Light comes through the portal. She also brings some alarming news concerning Zoom.